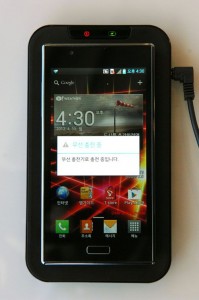 Unlike other much awaited smartphone released last night, rival LG unveiled ‘Optimus LTE 2’ which will be out by mid-May through three domestic telecommunications carrier, plans to launch this product in Korea. The company doesn’t provide a lot of specs although LG’s touting the phone as “True HD” IPS screen, Android 4.0, 2GB RAM and longer battery life. On the software side, there’s also a five-shot burst mode for the camera, and voice recognition for taking photos. On extra memory, the company says the memory should ensure high stability even with multiple applications running simultaneously, but that hasn’t necessarily been a problem in the past for Android devices we’ve used.