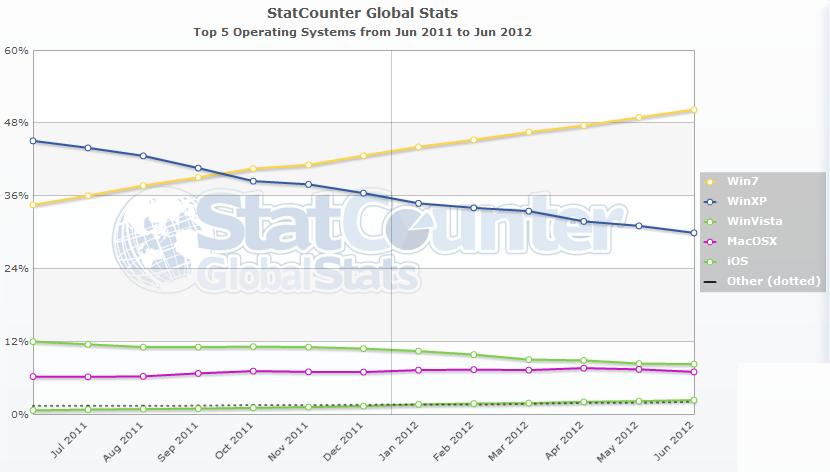 Whoa, here it is Windows 7 taking the new heights, as it attains one of major milestone as being held on the top position in the global operating system market for the first time, according to the latest figures from web analytics firm StatCounter. Windows 7 had 50.2% of the operating system market for the month of June, while Windows XP had 29.9%, the second most popular operating system. Windows 7 was launched first three years ago back in October 2009, but does not received better hit at the time of launch, but now after three years almost it is taking a pitch high, actually much better high and that surely would be a great beginning.