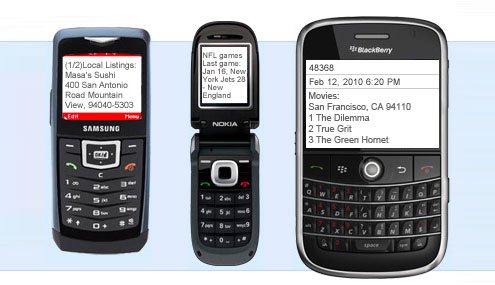 For many Americans, the power of short-code text became evident in the hours and days following the 2010 earthquake that devastated Haiti.

In the immediate wake of the disaster, Haitian-American celebrity musician Wyclef Jean launched a short-code text campaign that enabled contributors to donate $5 by texting the word “Yele” to the number 501501. He raised $1 million in 24 hours. By comparison, all text-based donations raised $1 million in all of 2008 combined. Fund-raising experts called it a “watershed moment”. Never before in history had so much money been raised so quickly.

Short-code text had been anointed as the king of text-message marketing. But five years later, it is becoming clear that long codes should not be written off.

As discussed in the article “How to Use Long Codes Like a Champion,” short codes are truncated versions of traditional phone numbers, which contain an area code, followed by a central office code, followed by a line number. In the case of the earthquake charity, “501501” was the short code.

Marketers often use them because they are shorter and easier to remember for people who see or hear an ad when they’re not in a position to write down a number, such as on a highway billboard or a radio commercial. Long codes, on the other hand, are traditional, 10-digit phone numbers. So if short codes are easier to remember and can be applied to all kinds of campaigns, why do businesses choose long codes?

The Benefits of Long Codes

There are three reasons that the benefits of long codes may outweigh the advantages of short codes:

Other Drawbacks of Short Codes

According to one case study, short codes are cost prohibitive, with a leasing price of between $500 and $1,000 a month. This is compared to VoIP-based long codes, which charge only a nominal flat fee. Also, short codes don’t have voice capabilities. Long codes not only integrate voice and text, but also fax and email.

So When Do Short Codes Get Results?

Short codes are great for campaigns where the sender already knows and trusts the brand. For example, fans of the talent show “American Idol” used short codes to text their vote for a specific contestant and companies like Coca-Cola have used short codes for contests on the inside of bottle caps. But for people who are not yet customers, short codes run the risk of making your message look like spam, even when it isn’t.

Successful short-code campaigns are often associated with high-profile brands and people, like Coke and Wyclef Jean. Smaller businesses are wise to integrate the undisputed power and reach of SMS marketing into their strategies. But think twice before adopting short code just because major campaigns have used it to succeed. There is convincing evidence that the original long code still has more to offer for most marketers.