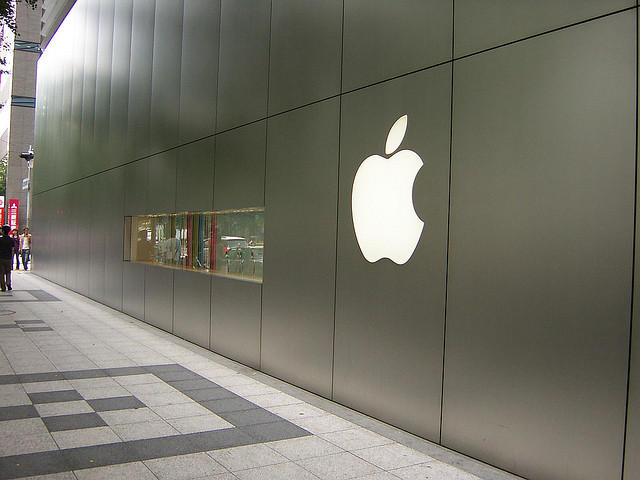 It’s getting to that time of year where the major technology players begin to roll out their new flagship for the festive season when sales can literally get out of control.

There are various events taking place throughout August and September with both Apple and Samsung lining up several devices to be released. With that in mind we’ve taken some inspiration from these to put together five bits of technology we think will be on your Christmas 2013 wishlist. Some of them are already confirmed whilst others are currently just rumoured.

It looks like Apple will be releasing the iPhone 5S as soon as September and may even discontinue the iPhone 5 off the back of it.

Apple often disappoints users when they release an “S” models due to hardly any significant changes but it looks like they are stepping it up this year to claw back market share and the iPhone 5S should be fitted with a finger print scanner to unlock the phone.

This technology has never featured on a smart phone which is going to make this iPhone incredibly popular.
It will also come installed with the newly designed iOS 7 which means it’s going to have a modern flat style user interface and be a considerable upgrade from the iPhone 5 which is still less than a year old.

Google made a huge statement last year when they released the Asus manufactured Nexus 7 and look like they’re going to go one better this year with the newly upgraded 2nd generation model that’s packed with great features.
The tablet was launched in the US on July 30th and looks to be hitting shelves across the globe by early September.

This is a huge upgrade and has undergone some serious design changes, it now comes fitted with a rear facing 5 mega pixel camera and the screen is a reported 1,920 x 1,200 pixel display which puts it far and above the iPad mini which is its biggest rival.

Nokia has struggled in recent times to really compete with both Apple and Samsung but their newer phones are started t claw back marketed share and get people exicited, none more so than when the front panel of a their new Lumia Phablet was leaked online earlier this year.

Phablets are gaining more and more traction in the smartphone world, and pretty much every smartphone manufacturer has one in their portfolio or entering production. With a gigantic screen at 6″ this Nokia Lumia would be one of the largest screens to hit the market.

It would also be using the intuitive Windows 8 operating system which should be well suited to larger screen devices.
There’s no release date confirmed for the device just yet but should it be released prior to Christmas it could be a huge seller.

Anticipate to be released on September 4th at an event in Berlin the new Samsung Galaxy Note III could be a huge milestone in Samsung’s bid for market domination. The Galaxy Note II was extremely popular and this newer version could take it a step further.

According to reports this will be the very first phone that features a 3GB ram chip making which is unheard of as current phones are maxed out at 2GB of RAM. The Galaxy Note III will also feature LTE Advanced which is much much quicker than 4G, running at 150mbps.

This one is currently just a rumour but we could be seeing a much larger version of the iPad.

As the Wall Street Journal reported earlier in July that the world’s most profitable company were testing both larger versions of the iPad and iPhone in a bid to hit back at Samsung who keep going from strength to strength.

A 13″ iPad would make it the same size as a MacBook which is a huge increase from the current 9.7″ iPad. This could prove popular in office environments or with designers.

Some detractors have said 13″ is too big for a tablet, but it would yet again make Apple an innovator in the marketplace and could be a huge seller.

Which gadget are you most looking forward to in Quarter 4 2013?