Samsung today released a press invite to its Samsung Unpacked event which is going to take place at IFA 2013 on September 4th. The event was known well for the introduction of the Galaxy Note II, Galaxy Camera as well as Windows 8 tablets. Samsung’s event invitation reads “Samsung Unpacked 2013 Episode 2,” means company gearing up for something bigger again with Galaxy Note III will be the major one which have everyone eyes on. We will be covering live the event and will update you accordingly. Moreover, Samsung will be streaming the event live via YouTube which you can follow as well. 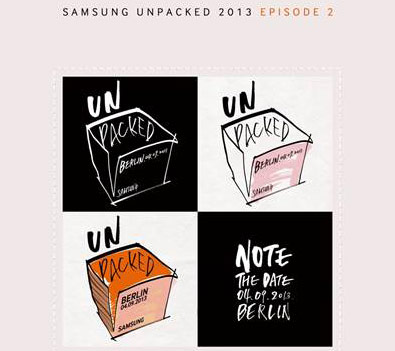