Back during the Mobile World Congress in February this year, Samsung quietly announced the Samsung Wallet, an alternative to Apple’s Passbook and now taking the swing to next step, the company announced that the service is now available for a range of Galaxy device owners.

The Samsung Wallet service initially be available to those having the Galaxy S IV, Galaxy S III, Galaxy Note, Galaxy Note II, Galaxy Note 10.1 and Galaxy S II HD LTE i.e. for all those devices who can store the credit card details on their devices and can make transactions with online merchants. 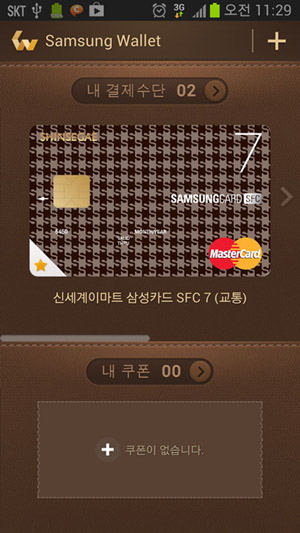 Samsung mentioned that some 30,000 domestic retailers are currently supporting the service at the time of launch while there are plans to add support for a number of more services just like Apple Passbook, including tickets, membership cards, and coupons.

There are no words shared yet over if the service put its footstep outside Korea or not or what would be the possible timeline of other services. We believe more on the way as Samsung do have big in store for all of us as always.