The biggest Mobile flagship event of the year – Mobile World Congress is just a day or now better called it as a few hours away – and news are already surrounding all over in the market – the South Korean mobile maker – since from the morning seen unveiling different devices – reportedly it is also not organizing the press conference this year. 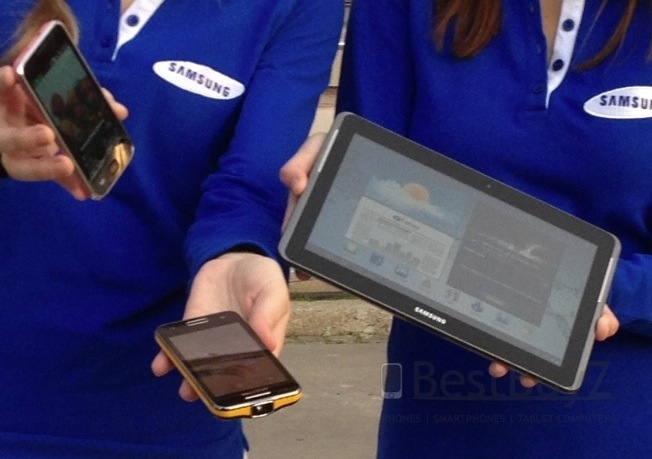 The company so far – announced – unveiled 10.1-inch Galaxy Tab 2 version – which later a journalist revealed to be found the name under the company banner – along with that company also announced Galaxy Beam, an Android smartphone with built-in projector – adding to this a German tech blog BestBoyz claimed to have obtained a several pictures of yet to announced GT-P5100 tablet.

Putting some recap over on this, if you remember the rumors regarding the Samsung’s Galaxy S3 which was followed with “potential” leaks suggesting the codename GT-P5100 along with P3100 which strongly emphasis on the resolution of the device, confirming that it would be the one. 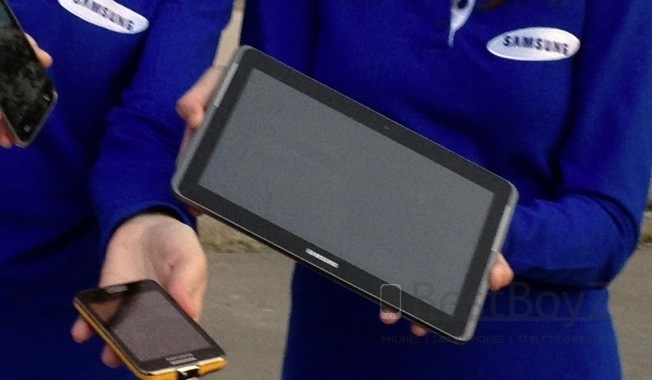 The publication features a 10-inch display and Android 4.0 Ice Cream Sandwich – the picture is also sporting Samsung’s TouchWiz user interface over the top of Android 4.0 and the design of the GT-P5100 looks very similar to the Galaxy Tab 10.1N. Well, as soon as the event starts showing its color, a lot of devices is likely to announced.