According to the IDC latest report, the worldwide mobile phone market grew 6.0% on year-over-year basis in the second quarter of 2013. The vendors whipped a total of 432.1 million mobile phones all together in the quarter compared to 407.7 million units in the same quarter a year ago. Other big thing on note is that during the quarter, Apple and Samsung both seems losing their smartphone market share as Lenovo and other see greater growth. 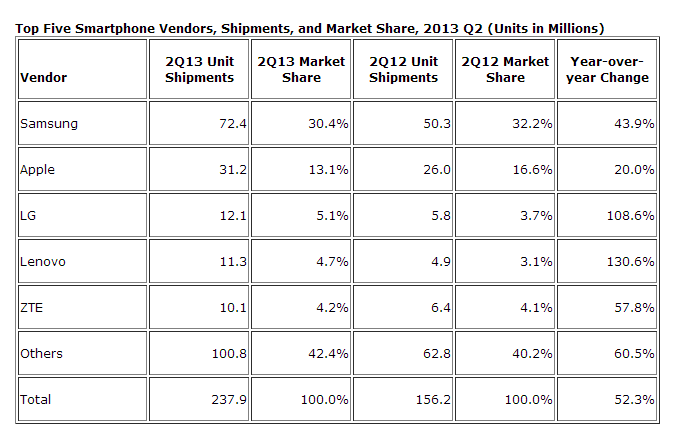 “The smartphone market is still a rising tide that’s lifting many ships,” said Kevin Restivo, Senior Research Analyst with IDC’s Worldwide Quarterly Mobile Phone Tracker. “Though Samsung and Apple are the dominant players, the market is as fragmented as ever. There is ample opportunity for smartphone vendors with differentiated offerings.”