It was a harsh time when HTC posted a mere profit of $2.88 million in Q1 2013, but it appears that finally some good green colors seems going to swing in company’s wing with announcing NT$29 billion ($970 million) in revenue for May 2013. Although the figure is still 3 percent lower as compared to May 2012. 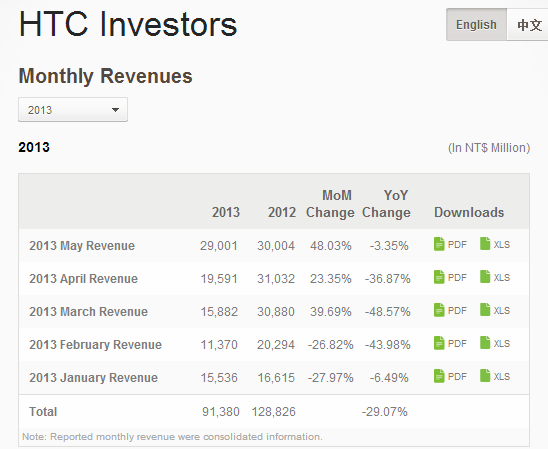 “This was a pivotal quarter for HTC,” said HTC CEO Peter Chou in a statement at the time of first quarter results announcement. “In February our teams set a new standard for smartphones, launching the new HTC One. The reviews of fans and critics alike have been overwhelmingly positive and we look forward to delivering on the promise of this device.

Believe that the company’s CEO Chou words come to correct.