Apple over the weekend announced that more than 25 billion apps have been downloaded from its revolutionary App Store by the users of the more than 315 million iPhone, iPad and iPod touch devices worldwide. The 25 billionth app downloaded, Where’s My Water? Free, was downloaded by Chunli Fu of Qingdao, China and will receive a $10,000 iTunes Gift Card. 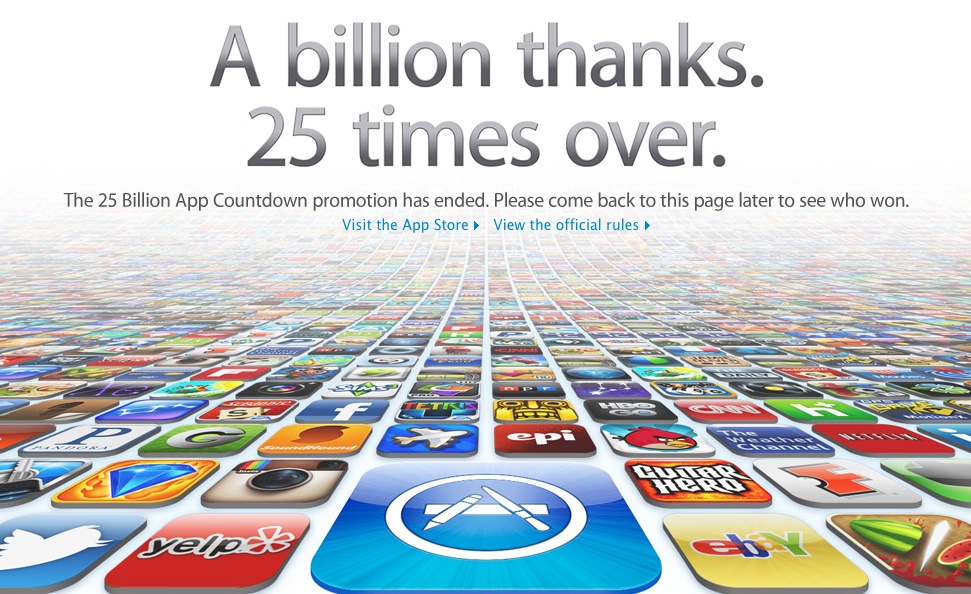 “We’d like to thank our customers and developers for helping us achieve this historic milestone of 25 billion apps downloaded,” said Eddy Cue, Apple’s senior vice president of Internet Software and Services. “When we launched the App Store less than four years ago, we never imagined that mobile apps would become the phenomenon they have, or that developers would create such an incredible selection of apps for iOS users.”

Apple’s App Store offers more than 550,000 apps to iPhone, iPad and iPod touch users in 123 countries around the world, with more than 170,000 native iPad apps available even more App Store customers can choose from an incredible range of apps in 21 categories, including Newsstand, games, business, news, sports, health & fitness and travel. The App Store has paid out more than four billion dollars to developers.