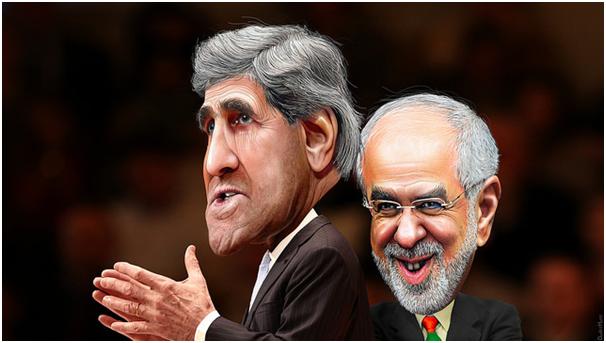 For two countries that have been worst of enemies for decades, relations between the United States and Iran have come on in leaps and bounds. There is a lot of work to do, of course, given that in official terms, the two countries are still not talking. But, there’s no doubt that the tempestuous relationship is thawing somewhat.

The progress is all down to the diplomatic efforts of two people. US Secretary of State John Kerry, and his counterpart Mohammad Javad Zarif, of the Iranian Foreign Ministry. It all started from the moment that Iran agreed to dismantle the majority of its nuclear program. Since then, Kerry has been signing orders for the relief sanctions against the Middle Eastern country.

Prisoners have been released on both sides, and in recent weeks, Iran allowed the crew of lost US Navy ship to go free. Only six months or so, it would have been hard to imagine that occurring without a nervy diplomatic standoff. There are new sanctions for Iran to deal with, of course. But, given the timing of President Obama’s announcement was agreed beforehand, it’s clear that a level of trust is developing.

However, not all is rosy – and there are plenty of people who think the new relationship is a disaster waiting to happen. Donald Trump calls the agreement ‘catastrophic’, and has already threatened to rip it up if elected. Mark Dubowitz, of the Foundation for Defense of Democracies, agrees. Speaking of the new sanctions about missile testing, he calls them ‘symbolic and ineffective.’

There are other issues that lie ahead, too – and things will be up in the air for some time. With the Obama administration on the way out, Kerry will not be in the post. And, with the election difficulties in Iran so clear to everyone, there may not be a place for Zarif in the corridors of power. So, with the two men leading the negotiations possibly out of office in the next twelve months, who is going to pick up the reigns?

A host of presidential candidates are open about their disdain for the agreement. Many will reverse the decision if they achieve entry into the oval office. While Kerry insists this would be absurd, it would certainly be a popular move. And, of you think the problems will only arise in the event of a Republican election victory, think again. While Hillary Clinton supports the deal, she doesn’t see it as a two-way street. Rather, she likes to consider it a United States imposition on the Iranians – which could increase hostilities in the Middle East.

That said, with Iran and China looking like they are going to enter a profitable trade agreement, time could well be a factor. If all the world’s major players – including Russia – are on the table, it might make a US back down harder to achieve. And, with Obama’s success in normalizing relations with Cuba, there is a chance that peace and negotiation with Iran might be a viable option. Rhetoric, of course, won’t give anyone the answers to this new relationship. But, it will certainly lay out the course for the next twelve months or so.