We have been hearing the Samsung Galaxy S III rumors from quite some time but what today we are grasping up to is that which is said to be an official leaked picture of the much-awaited device. An image surfaced on Reddit (via Brief Mobile) which somehow indicates the mock-up of the device we have seen so far. The phone front view, according to image is thin with the white border running along the bottom. The camera and power buttons on the side view are embedded properly in the white half only, although there isn’t much detail for the side view of the phone is present yet. 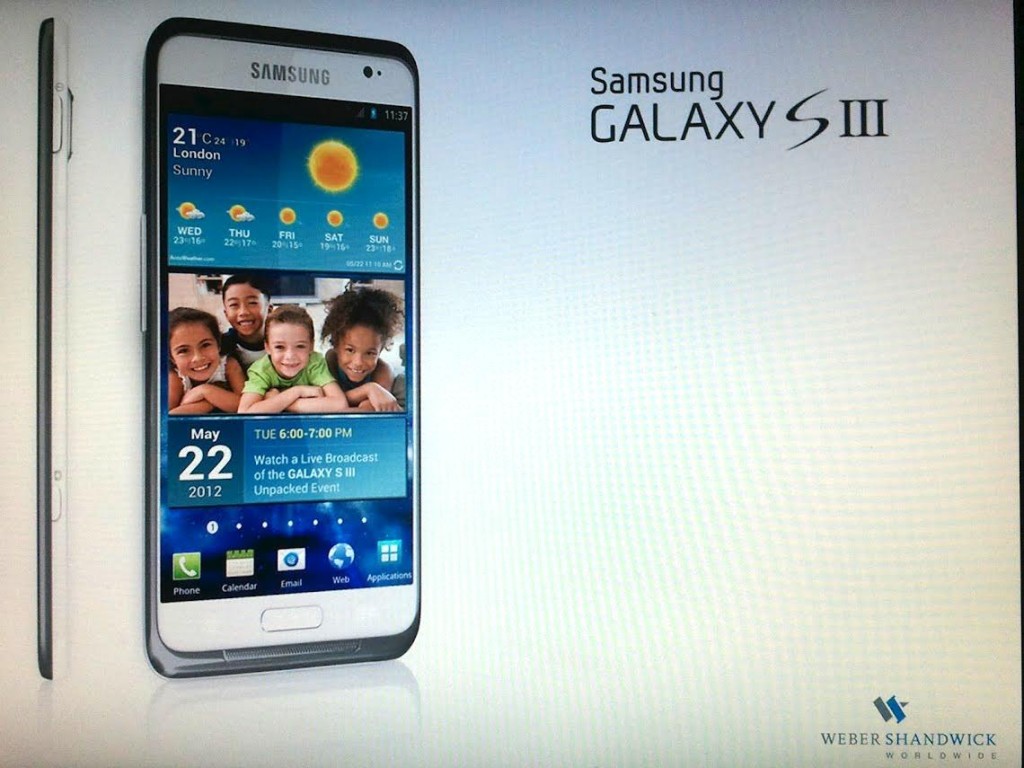