In a wit to know who has responsible for the embarrassing Wake Up campaign, Mumbrella back late last week posted an article stating whether Samsung was behind the Wake Up campaign that featured a paid for protest in front of the Sydney Apple store. The Next Web from claiming Samsung responsible, and from there, the story bounced to other publication including Cult of Mac, Daring Fireball, The Loop, and even MacTalk without anyone checking the facts. According to Slashgear, Samsung publicly denied they were responsible for the stunt. So who is behind it? The question still laid at the same extent who is responsible? 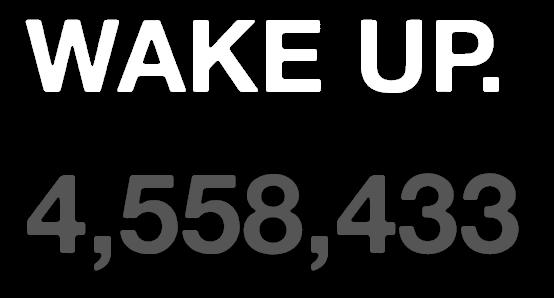 James Croft, of Mactalk Podcast, looked through the source code of the Wake Up page and spotted something interesting:

This bit is relevant:

That SRC value is a Doubleclick account identifier. Throw that back into Google:

…and you get a bunch of hits on the RIM AU website.

The RIM in no left time burned said in a statement:

We can confirm that the Australian ‘Wake Up’ campaign, which involves a series of experiential activities taking place across Sydney and Melbourne, was created by RIM Australia. A reveal will take place on May 7th that will aim to provoke conversation on what ‘being in business’ means to Australians.

This all making the story stronger, interesting and full of without checked of proper facts. RIM in its statement clearly stated that the campaign was created by RIM Australia saying the reveal will take place on May 7th. Since the date is not far away from now, lets wait and see what’s coming up next in the part of story.