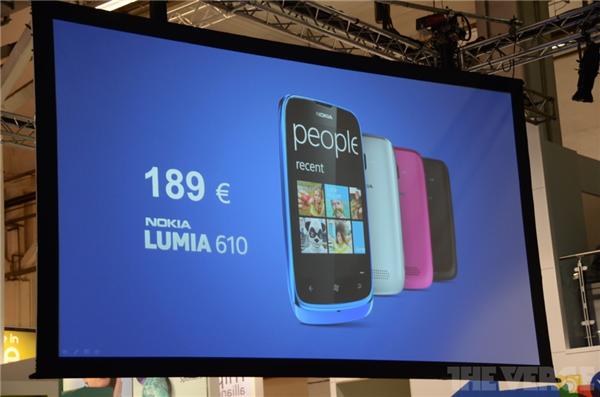 Nokia today announced its latest Lumia device – the Lumia 610 at Mobile World Congress 2012 – the phone which is designed to be a low-end affordable Windows Phone in Lumia series, priced at just 189 Euros – the company is targeting primarily on Chinese market, the phone features an 800MHz processor, 256MB of RAM, and a 5-megapixel camera – pushing the Windows Phone hardware requirement to the “minimum” with the phone. The phone as we heard as Tango in the rumors in the past days will run on an updated version of Windows Phone 7.5 – the phone will make its debut in Q2 2012.