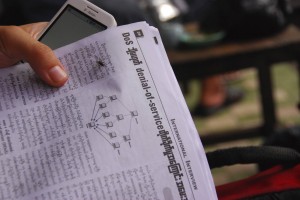 With only a fewer phones in the country and probably the fewest internet connections, Myanmar recent gathering of techies in Yangon’s Myanmar Info-Tech complex illustrates the promise, changes and problems Myanmar presents as the next frontier for investors, reports Reuters.

Thaung Su Nyein, secretary of the association and managing director of IT and media company Inforithm-Maze says, “It was harder to convince my fellow independent co-founders of BarCamp Yangon that parking our activities under the umbrella of this legally standing computer association was a good idea.”

Myanmar has been run and ruled by generals for decades, leaving no space for connectivity but with the year passes, the country seen a unique web of interests of technologies among people. The meeting was named as barcamp, an unstructured conference and chat-fest by a loose triumvirate of business-oriented folk, bloggers and country’s IT diaspora.