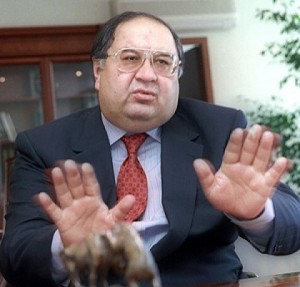 Russian oligarch Alisher Burkhanovich Usmanov, the Muscovite who controls the Metalloinvest metals and mining company, is one of the richest man in the world and the richest in his home country, according to Bloomberg. Usmanov owes majority stake in Digital Sky Technologies (DST), along with the sizeable equity stakes in internet companies like Facebook, Groupon, Twitter, Zynga, Spotify, Airbnb, ZocDoc and 360buy.com.

According to Bloomberg, Usmanov’s personal net worth now totals more than $20 billion, which is pushed up mainly by the value of his stake in Facebook, which now values over $4 billion. The value of the 5.5 percent stake in Facebook that Usmanov controls through DST, has probably jumped “ninefold” since 2010, when he accumulated shares in the social network leader. Citing the sources “familiar with the matter,” Usmanov, owns about 80 percent of DST.