USA Today – citing several sources familiar with Microsoft’s plans – is reporting that the tech giant going to unveil its Office software next instalment – the Office 15, but strange fact is that earlier it was expected that Office 15 is scheduled to be available early next year, but now if this is really going to happen on Monday, then it would going to be really amazing. “If Office 15 is a bust, those repercussions will impact and potentially injure virtually every part of Microsoft,” says analyst Charles King at research firm Pund-IT. Back in April, Office 15 Technical Preview ‘Refresh’ screenshots got leaked, so if on Monday we found the similar screen lying in front of us, it would going to be great. Let’s see now what’s going to happen on Monday, as we are just three days away from the day, but all you can do is stay tuned with us, and will inform you accordingly. 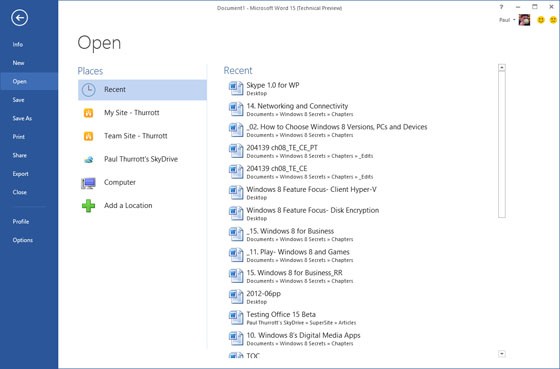