Microsoft today launched its web-based Xbox Music. The service is available for subscribers now and allows them to access the web player via music.xbox.com. Interestingly, the web player seems similar to the Windows 8.1 Xbox Music app, but it does lack features which are present on the full application version. You can edit playlists, add new music as well as search anything you want. Microsoft notes that “Xbox Music Pass is available on PCs, tablets, Xbox 360, phones, and on the web plus if you’re not an Xbox Music subscriber then Microsoft is offering up 30 days of free access to new users. 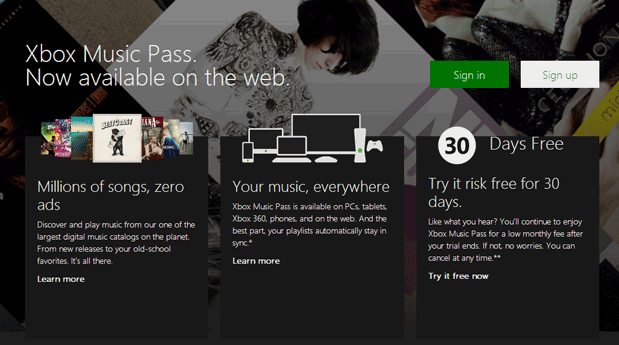