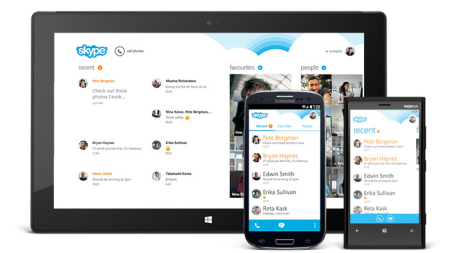 The honescreen of new app is now divided into three different tabs – for accessing recent conversations, specific contacts and ‘favourites.’ There is a usual array of emoticons and smiley faces while recipients now acknowledged with a small, circular crop of their profile picture.

Skype says the updated Android app is “faster, lighter and even easier to use” with adding that “this release is just the beginning,” Skype’s Derek Snyder said. “We have more updates in the coming months and year ahead to make Skype for Android even more reliable, reachable, and mobile-friendly.”

You can download the updated version through Google Play although the app still to come on the bar.