Google has released its Android adoption figures for the month of July with having Jelly Bean adoption passes 40.5 percent from the previous 37.9 percent, while interestingly just only 6.5 percent of devices run on the latest Android 4.2. 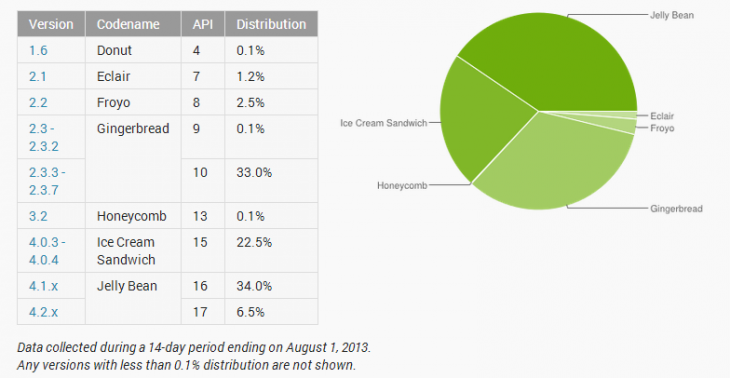 The numbers clearly represent that there is a huge continued adoption rate of its newer Android versions.