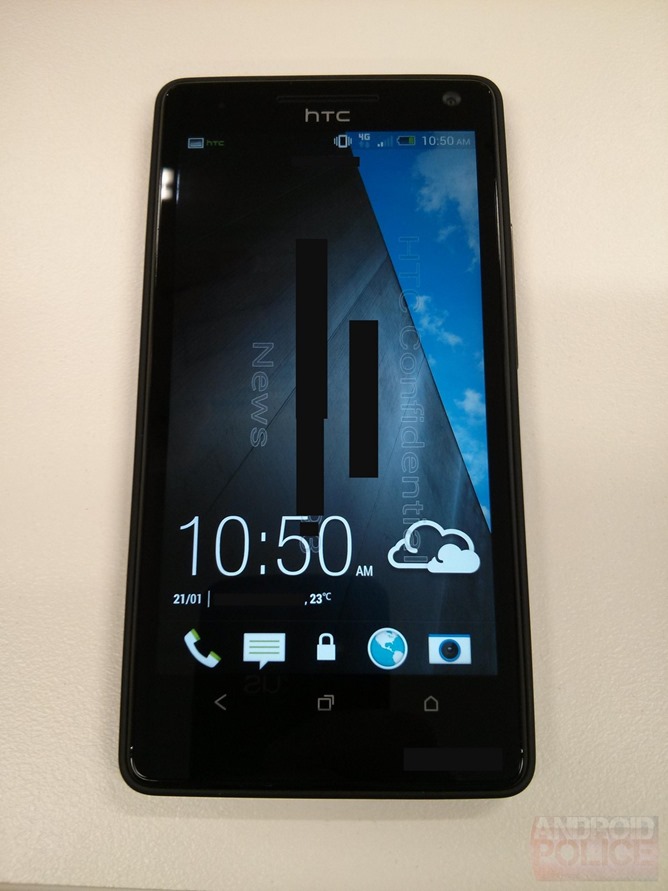 With rumors hitting from quite some time over the HTC flagship phone dubbed as M7 with @evleaks and PocketNow revealed the images of the device, today Android Police is reporting the similar details resembling the device closer to the “M7.” If to go on the publication tipster words, the new device from HTC appears to be running all-new software with Sense 5.0 on board while both the Android and Sense version appears to be “protected” in the system settings.

Seeing more over the images shared by the publication, there is a new clock widget with allowing one opts for a more subtle, vector-based look rather than the skeuomorphic design that HTC always keep on board. The photos also share that there is the volume rocker on the right side with the front-facing camera on the top-right corner of the device. Isn’t it sound like a real, but although we have to wait till the company make it official?