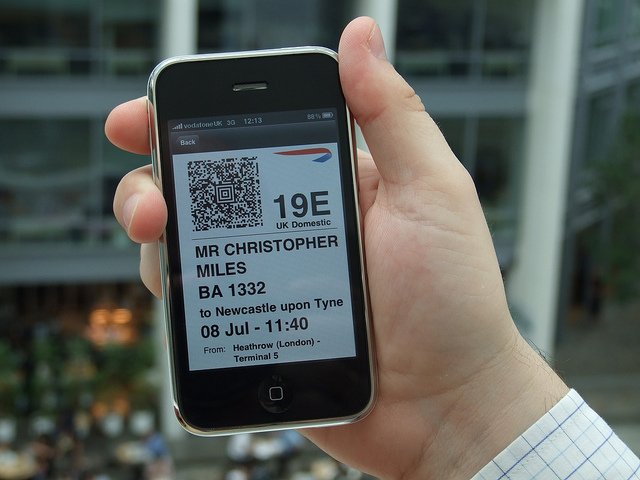 Since, how long we are using the mobile phones? Perhaps, 15 years or 20 years. However, the fact is that the first mobile phones were made for cars in 1946, and the first realistic mobile phone was invented by Motorola way back on April 3rd, 1973. Let’s fast forward all these stuff and come towards the smartphones, which we are using these days. If we ask anyone these days that what kind of phone he / she wants to buy? The answer would be a smartphone. Regardless of personal choices such as the iPhone, Android or Windows Phone, but the preference would be a smartphone.

According to Wiki “A smartphone is a mobile phone built on a mobile operating system, with more advanced computing capability and connectivity than a feature phone.”The first smartphone was introduced by Ericsson named as Ericsson GS 99 “Penelope” in 1997. The phone was still in concept, and was named as “smartphone” at that point of time.

Later after Ericsson’s GS 88 “Penelope”, there were various other smartphones & smartphone OS manufacturer who take control of the market which include Palm OS, Nokia’s Symbian OS, BlackBerry, Windows Mobile, etc. However, the true revolution of smartphone started with the release of Apple’s iPhone, back in 2007. Thereafter, Google’s Android OS take this revolution further, and soon Microsoft’s Windows Phone joined the competition. As of now, there are three major smartphone OS’s in the market, Apple’s iOS, Google’s Android and Microsoft’s Windows Phone.

Nowadays, whether you are an Android user, iPhone user, BlackBerry user or Windows Phone user, the fact is that our smartphones have become an integral part of our lives. So, now comes the next question that apart from computing power and the mobile operating system, what is there that makes us addicted towards the smartphone? The answer is the availability of thousands of apps. Starting from music to emails, social networking to gaming, maps to search, and almost anything and everything that you can imagine there is an app for it.

These services play’s a key role in developing these apps. It is a process of developing apps, wherein the mobile app developers with expertise on a dedicated platform performs the coding and programming of the code in-order to create the final app.

Businesses are always on a constant lookout for innovative ways to market themselves, to increase their sales and productivity, to provide better level of customer service and to efficiently & effectively manage their business processes. Solution via mobile app serves as a valuable reckon, encompassing these varied need of today’s modern businesses. However, for businesses it is a vital aspect to choose a professional mobile application development company who can offer them quality services.

A professional mobile application development company based in India could surely be a good option as they can offer robust quality solution at affordable price. For instance, the average mobile app development rate in the USA ranges somewhere between USD 70 to USD 200 (as of September 2013), whereas the same in India ranges between USD 15 to USD 50, overall it helps a business to save a huge amount of money.

Besides, such a professional firm is equipped with a vast pool of mobile app developers, which can come in handy at times when you need the application to be developed quickly.

Such a firm is also boasted with a team of technical and business analysts, who will first understand and analyze your requirement. Based on the analysis, they prepare a blueprint chart and present the complete workflow of the application. They are also equipped with a team of professional designers, who will design the app layout best matching your industry and business requirement. In the end they will design an app that is attractive, containing unique layout and which is easy to use and understand.

Most importantly, such company can circumscribe all your mobile app requirement, starting from inventory management apps to shopping cart, GPS oriented app to accounting software, integration of complex applications such as CRM and CMS to many more.

About the Author
Pawan

I am Pawan working for Concept Infoway Pvt. Ltd. (CIPL), a mobile app development company based in India with over 14 years of industry experience in providing array of ITES services.