The Google’s $199 Nexus 7 tablet that the company announced during I/O 2012 event is still far away from public eyes but the search giant has updated it with an important update: the Android 4.1.1 Jelly Beans. The update totals 12.6MB, which had hit the AOSP servers last day and will work towards “improving performance and responsive system wide.” It also brings out some of the new features of Jelly Beans, which includes Google Now and the new notifications. 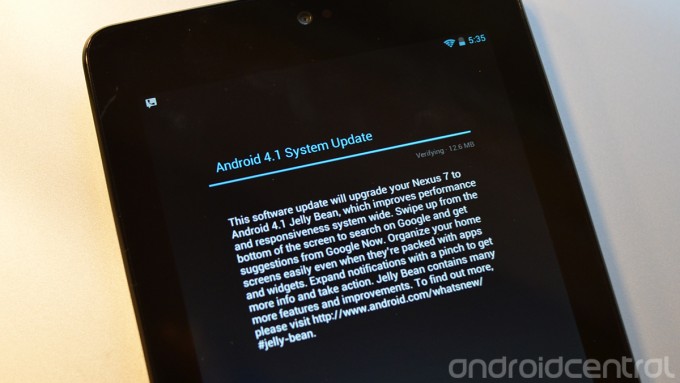 Well, if in case you are still not aware what the 7-inch Google Nexus 7 tablet is of all about: the device running Android 4.1 and made by Asus. It has a Tegra 3 quad-core chip with a 12-core GPU, 1280×800 HD display. It also features WiFi, Bluetooth andNFC, with a 9 hour video playback battery life. It also has a front-facing camera. It weights 340 grams.