comScore today released its latest data which chart mobile phone usage for a three-month average period ending in May 2012. The study surveyed more than 30,000 U.S. mobile subscribers and found Samsung to be the top handset manufacturer overall with 25.7 percent market share, while Google accounted for 50.9 percent smartphone subscribers, while Apple captured 31.9 percent. 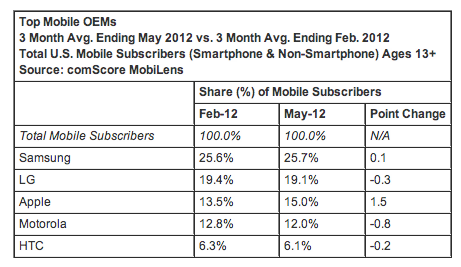 Further, Samsung ranked as the top OEM with 25.7 percent of U.S. mobile subscribers, followed by LG with 19.1 percent share. Apple is on third rank with 15.0 percent, followed by Motorola with 12.0 percent and HTC with 6.1 percent. 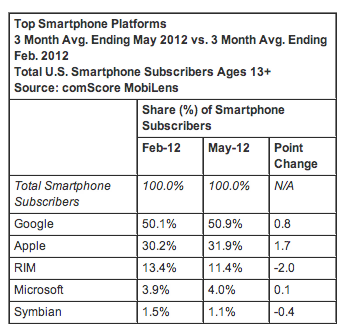