According to latest numbers from comScore, Apple now accounts for almost 40 percent share of US smartphone, with Samsung on a gain and Android down the line third month in a row while overall led the smartphone platform market with 52 percent market share. 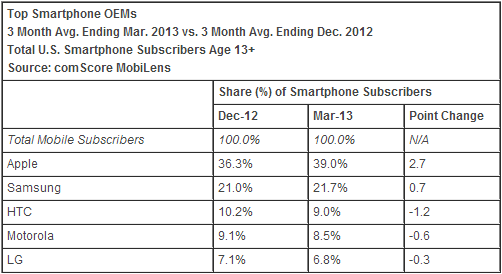 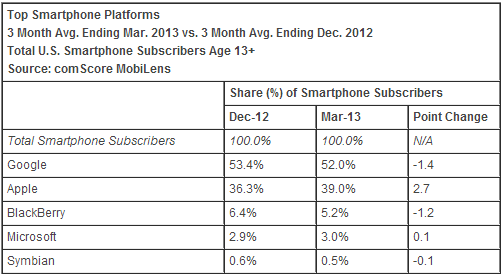 On smartphone platform market share, without a doubt Android ranked with 52 percent market share, while Apple having market share of 39 percent, BlackBerry on third with 5.2 percent share, followed by Microsoft 3 percent and Symbian 0.5 percent.