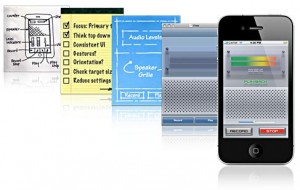 With the recent issues surrounding the Cupertino-based giant from Congress, Apple this week start rejecting apps that access a device’s unique identifier (UDID), according to some iOS app developers. UDIDs are used by some app developer in order to track user behaviour, but their use has been limited since they result in permanent and users are unable to block sending UDIDs to third parties.

“Everyone’s scrambling to get something into place,” said Victor Rubba, chief executive of Fluik, a Canadian developer that makes games like Office Jerk and Plumber Crack. “We’re trying to be proactive and we’ve already moved to an alternative scheme.” Rubba said he isn’t sending any updates until he sees how the situation shakes out in the next few days.

TechCrunch reports that two if Apple’s review teams started “blanket rejections of apps that use UDIDs” this week, and that next week four teams will issue rejections, till the time all ten review teams reject apps that are using UDIDs.