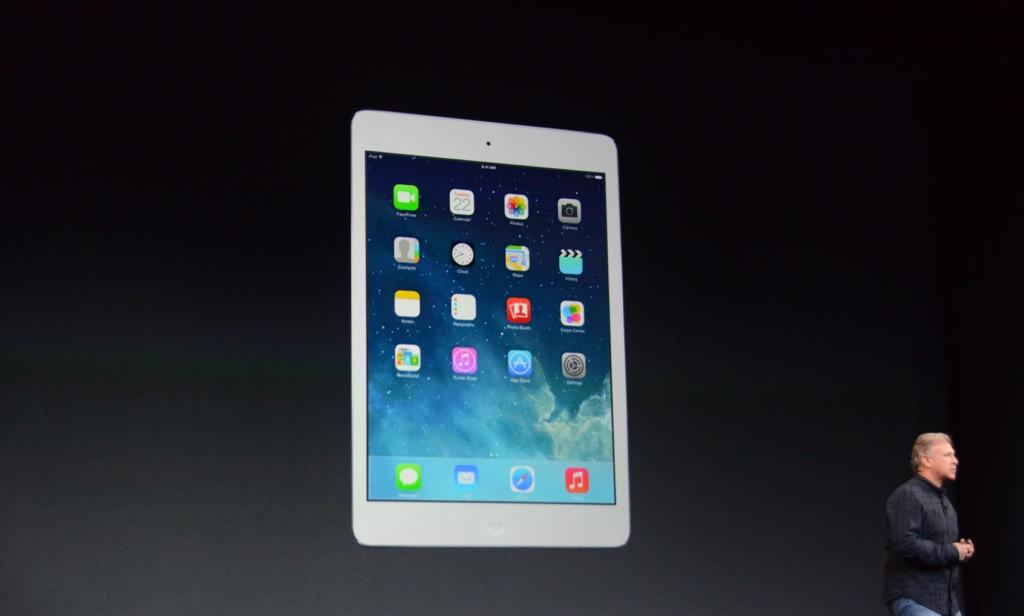 Apple today at its event announced the new iPad Mini. The new tablet features 2048 x 1536 pixels, same as the big iPad while it includes A7 as well and comes with Up to 4x faster on CPU, 8x faster graphics. It comes with a 10-hour battery life and bears 2x faster Wi-Fi, expanded LTE support.

The iPad Mini further features 5-megapixel iSight, 1080p FaceTime camera. It comes in Silver and black versions and will cost your pockets $399 with Wi-Fi and $529 with mobile data while the original iPad mini sticks around at $299. The new smart covers in new colors come for $39.