According to a new report from Analysys International (via Tech in Asia), Android crushes the competition in China as its now holding 90 percent market share, up from 58.2 percent, which it holds a year ago. Symbian and Nokia fall apart, with Android on the rise, falling from 23.3 percent in 2011 Q3. 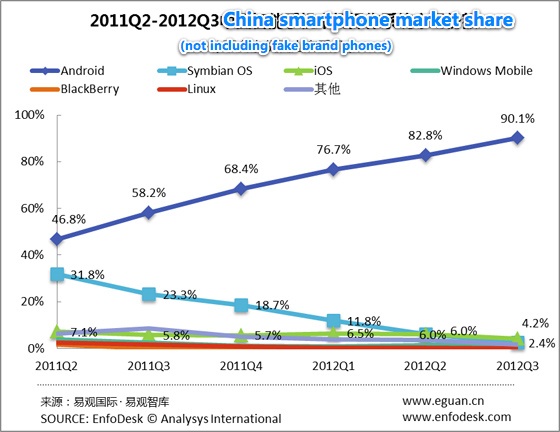