Even after the “almost ban” on Apple’s iPad import and export in China over the iPad trademark issue – there is still no sign that the craze anyhow results in lowering for the Apple’s upcoming 7th March due iPad version – the iPad 3 – with the couple of reports claims to expose more of the iPad 3’s details – the purported iPad 3 photos received through Chinese publication clearly show the rear-facing camera is larger than the predecessor, and on the other not, the Taiwanese publication Apple Daily that published the pictures during the weekend claims that the changes was made to accommodate an 8-megapixel sensor. 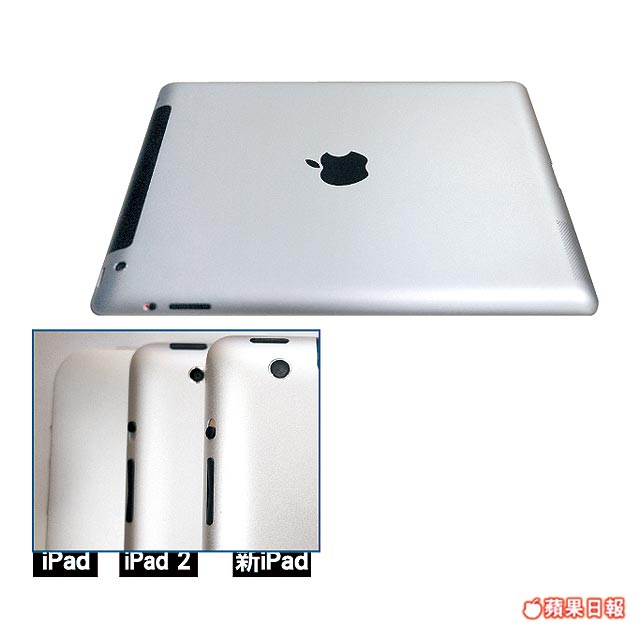 Rounding up the speculations and with the “confirmed” news so far, iPad 3 is scheduled to be released on March 7th with 4G LTE on AT&T and Verizon, having 2048 X 1536 resolution, comes with 9.7-inch diagonal screen as such that of the existing iPad and iPad 2 – having four times the pixels – combining all the details it has 9.7-inch, 4:3 aspect ratio and 2048 x 1536 LCD display and yes not to forgotten, the latest tab version will come with better battery life as compared to its predecessors.