With earlier protests against US SOPA and PIPA – in which we see thousands of websites – both small and large protested against the act – even including the biggies – Google, Wikipedia and other technology giant – in the similar way protests are taking place but this time in Europe and it is against Anti-Counterfeiting Trademark Agreement (ACTA) – by joining a day long protest.

According to Access, on February 11, the world will be out in an unprecedented showing of solidarity against ACTA. Protests are being organized all over the globe to show the European Parliament that they must reject ACTA. Though many countries have signed the treaty already, if the EP rejects ACTA – then it will come into effect.

Earlier last week, Twenty-two states of European Union have attended the ceremony in Japan and signed the ACTA on Thursday, January 26. An ACTA is a global treaty that is somehow similar to SOPA and PIPA – which try to normalize copyright protection and IP standards. 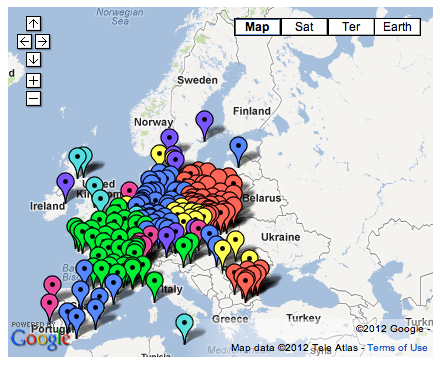 Access already seen 331,976 people sign its Anti-ACTA petition and has gone one step further to assist in notifying its website visitors of protest events in their local area. The organisation has begun listing Facebook events for each protest around the world, motioning for individuals to create their own and request for them to be added to the list. The signing has yet to be ratified by EU commission and is scheduled to be debated in coming June.