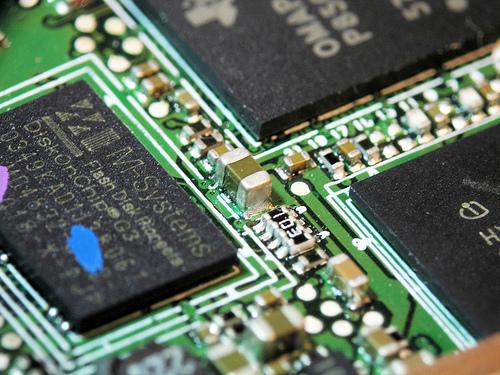 Batteries in mobile devices have undergone many changes in the past decade. Older cell phones used to last only a few hours, even without apps or other programs running and using the energy stored within the battery. New advancements in battery technology have helped these devices last much longer even through periods of high usage. This is great news for users who want to use their devices without feeling tied to an outlet. What are some things you should know about your device’s battery?

You Don’t Have to Let it Die

Older mobile batteries used NiCad (or nickel cadmium) batteries which had trouble understanding their charge. As a result, if you charged the battery before it had a chance to completely drain, it would incur what experts called the “memory effect.” This would cause issues with the battery being able to fully charge in the future. Newer batteries are lithium ion, and allowing these batteries to drain completely can actually have the opposite effect. If it drops beneath the 3.3-volt mark, it may lose part of its charge capacity so it won’t last as long even after a full charge.

In previous models of smartphones, many people would keep a fully charged extra battery on hand in case it died while away from a connection to charge it. However, the batteries used in current smartphones are chemically active so they store more energy on a full charge. As a result, internal chemicals within the batteries are more likely to crystallize. This isn’t as big of a problem for most users, since many newer smartphones don’t offer the option to take the battery out. If you do choose to store extra batteries, keep them at a 50 percent or maximum of 70 percent charge.

A battery kept in a hot climate for long periods of time will also lose some of its charge capacity. Since the chemicals of a battery exist in a tube, there isn’t much room for expansion. Cold temperatures are okay, but avoid storing batteries in hot cars or other areas that don’t have much air circulation. This will help to prolong the life of your phone battery and allow it to continue to fully charge.

Unfortunately, all batteries will break down over time. The average Apple laptop battery will decrease to 80 percent of its original charge capacity after 1000 charges, while other laptop manufacturers might estimate loss of capacity after 300-500 charges. Every time you use a battery it will impact its charge capacity, so even though the device will still charge, it often won’t last as long under the same amount of usage. You can take some precautions to help slow down this process, but a battery simply won’t last forever. Luckily most people replace their devices often enough to limit this concern.

Newer mobile phone and device batteries can charge must faster than their older counterparts. This means that it is easier to get a full charge while on the go, such as at the airport or in your car. The quick-charging Google Nexus 6 is one of the fastest options, offering six hours of battery life on a 15-minute charge. It also has a larger battery than other similar smartphones that can last up to 24 hours on a full charge. That way, when paired with a powerful 4g network, you can use your device anywhere for hours on end.

One of the reasons that battery life and charging capacity has improved over the past few years is the changes in battery chemistry. These lithium-ion batteries have increased energy density so they can last a lot longer without requiring hours of charge time. Researchers are also looking for new electrolytes and other options that can continue to improve the battery life for larger devices such as tablets and laptops.

Although most smartphone manufacturers are looking into options to improve the batteries within their devices, it may not happen right away. Some experts predict significant changes within 12-18 months, while others aren’t as optimistic. Most phones do show improvements in charge capacity over their predecessors, so small changes are certainly available and are looking promising for mobile device users.