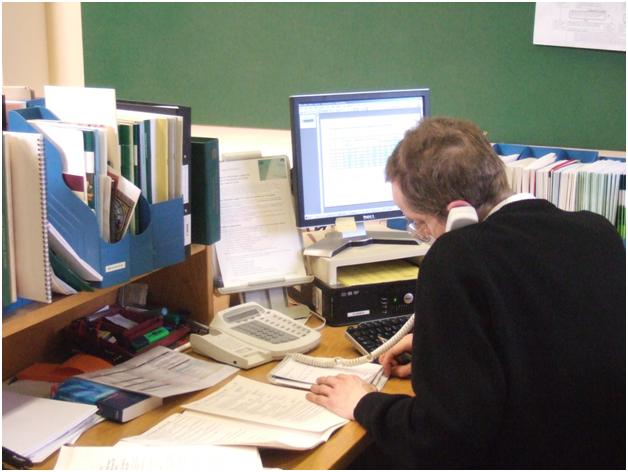 There are several ways you could be cheated by your employer. Being paid a lower wage than is promised per the contract through illegal deductions or being forced to share tip jars with managers who aren’t working the floor are only a couple. A more common practice is asking people to work unpaid overtime, such as illegally classifying them as management so overtime isn’t paid, or refusing to record time worked over 40 hours. In all of these cases, your employer is stealing from you. They are cheating you out of money you should have received. Here is advice on what to do if you’ve been cheated by your employer.

Is your employer sending emails to remind everyone to work on Saturday, though this isn’t reported on the time cards? Make copies of the email and timecards to prove it. Are employees classified as managers to avoid paying them overtime? Document their job responsibilities relative to that of managers so that you can go forward with a case. Are managers offering $10 an hour, but taking fees out of people’s pay for uniforms or supplies the company should be providing? Make copies of pay stubs showing the illegal deductions. If the manager is demanding a share of the tip jar, write down the names of those similarly affected so they can be interviewed.

Get pay agreements in writing. For example, independent contractors should have a contract. Never rely on a verbal agreement, whether as a contractor or an employee. One way employers try to cheat employees is to classify them as contractors and then manage them like employees. In these situations, the employer is forcing you to pay self-employment taxes and avoiding paying insurance and providing benefits. A lawsuit legal employment attorney could be necessary when this is a common practice for a firm.

Research whether or not the time you think you’re working should be compensated, such as getting in and out of a uniform at shift change. Verify any changes in your pay rate. The issue might be that payroll hasn’t yet updated your records to show the higher pay rate, a mistake, not deliberate underpayment. In these cases, ask payroll to correct it – and it should be corrected in the next pay cycle. However, this can be a source of fraud in and of itself, when someone contributes money to tax withholding, savings plans or 401Ks and the employer doesn’t contribute all the money to those accounts.

Once you have proof, report it first to management above the level of the responsible party. If you don’t know if this person is involved in the scheme, report the matter to the company’s HR or legal department.

When you complain about being cheated out of your wages, you have reported a violation of the law and this gives you whistleblower protection. If you complain to HR that the manager isn’t recording overtime or thinks ordering pizza is enough to compensate for working a few hours on Friday night, it is illegal for them to fire you unless there is another just cause like a positive drug test.

Talk to an Attorney

Reporting issues sometimes raises legal concerns for the employee. For example, bosses may offer to pay you under the table. They don’t have to pay as high a rate because they aren’t paying employment taxes on the money, and some employees accept the money because it doesn’t show up on their W-2 or get garnished. Reporting the matter could result in allegations of tax fraud for both parties. In other cases, the employee is punished through various means in retaliation for reporting the employer’s fraud – this opens the door to a whistleblower lawsuit. Wrongful termination may necessitate legal representation to get unemployment benefits and/or a settlement from the former employer.

Collect hard information about the matters you want to report. Review the issue to see if the problem is actually a clerical error, or if the issue is systemic. Report the problem to the company’s management or HR, and if the issue isn’t resolved, talk to an attorney. Always seek legal counsel if the company has retaliated against you or there is a chance reporting the issue could get you into legal trouble personally.