Sony today confirmed that it will be launching the PlayStation 4 in the UK by the end of 2013. Thanks to an advert published in Metro newspaper revealed about the gaming console launch. The company says the PS4 will be arriving in the UK before the year’s end as it was aiming for a “holiday 2013” launch.

However, as of now, the company did not mention officially about its other countries launch plan but the advert suggests that it will be planning big this time with a launch worldwide during the holiday season instead of one country launch just like it did in earlier years.

Since Microsoft earlier this week announced Xbox one, its own new gaming console, then its without a doubt, the Japanese company having a huge plan for the launch. 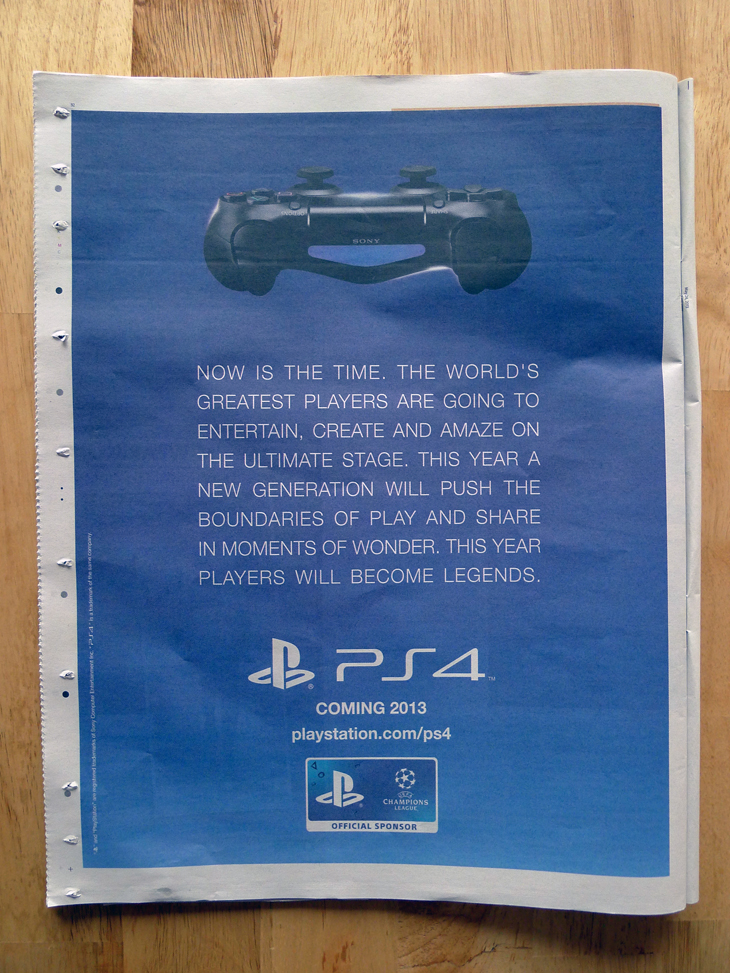