With IFA 2012 just five days away, Samsung has been teasing its transforming Windows 8 tablet through its Facebook page. The company in the post says “don’t worry, it’s just round the corner” along with another teaser image with the question “ready to be smart?” followed by the IFA 2012, Berlin text. Seems and sounds like the South-Korean giant ready to hit big at this IFA 2012 event with its Windows 8 transforming tablet. 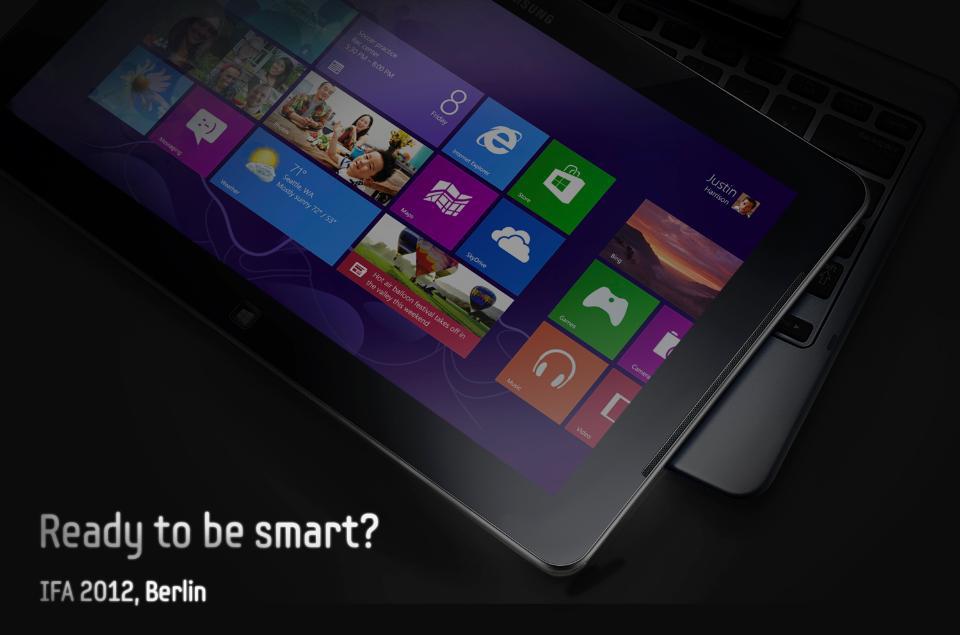 We are covering each minute news of the big event that is going to schedule from August 31st to September 5th, 2012, so stay tuned with us and catch all moments and updates by clicking here at I2Mag’s IFA 2012 link.