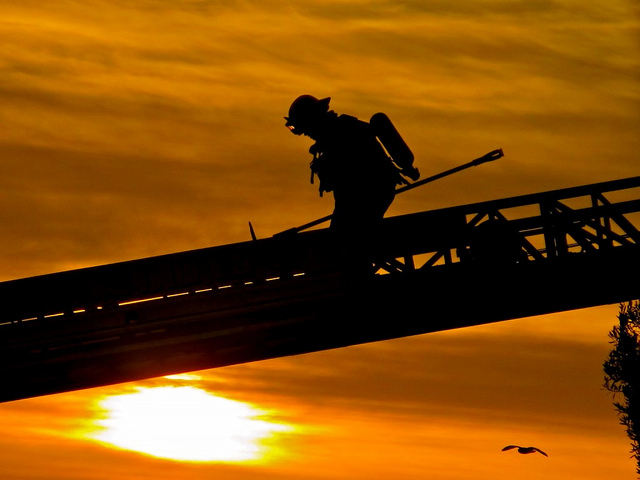 Time and again we read on blogs of valiant, heroic acts by individuals that change and indeed save lives. Sadly we also get to read about the way such heroes are treated in all too many cases, and are left wondering why anyone bothers to help anyone else anymore. Where once goodwill and support were given for acts of kindness one now tends to find a legal defense instead, ready to take in fees any money that should have been to reward.

The most recent case of this was of Nigel Haskett, a McDonald’s employee. In 2008 Mr Haskett was conducting his duties in a McDonald’s restaurant when he noticed a lady being assaulted by a man. Without hesitation, Mr Haskett stepped in to protect the lady, forcefully removing the assailant from the premises. For his trouble Mr Haskett was shot several times.

Footage and images exist of this unfortunate incident. It would be nice to be able to show you one of the scenes here of Mr Haskett’s bravery. McDonald’s have sought to remove all images of this incident, something that is both newsworthy and in the public interest, because it “violates their copyright” perhaps tells you all you need to know of their approach to rewarding, if not just assisting, Mr Haskett. Instead here is a picture of Mr Haskett receiving a Medal of Justice from the Philander Smith College.

Whilst the owner of the franchise where Mr Haskett was employed has not contested the Workers Compensation claim placed, in fact he has sought to help as far as he can; McDonald’s has taken a different approach. McDonald’s, through their claims specialist, contested and blocked the compensation claim, arguing that the incident “took place outside of the course and scope of his employment duties”. As Mr Haskett’s medical bills are in excess of $300,000, thus blocking has serious consequences.

If you are employed, ask yourself – have you ever done anything at all for your employers that sits outside of the “course and scope” of your employment duties? The answer is of course you have, with the answer usually being hourly if not daily. We all do. It is part of that give and take an employer and with an employee – the boss needs something doing, no problem, I can do it; he or she let me go home early that one time when I needed to. If every employee and every employer stuck to the rigid wording of employment contracts, then believe me, we would soon know what an economic slowdown really felt like.

Mr. Haskett went way beyond the “course and scope” of his employment, in a way that was substantially beneficial to his employer. Here was a young man not prepared to have violence in his place of work and he risked his own life to stop people using his place of employment from being hurt.

You would have thought that McDonald’s would be proud to have such a fine, dedicated employee in their ranks and seek to assist him as a thank you for his bravery. The thousands of dollars he needed for his medical bills, money that surely any reasonable person would say he is entitled to, has no doubt instead been invested in consultants and advisors to prevent such payments being made. It would be funny if this case was not so serious.

The advice that McDonald’s sought and have allowed to be acted upon in their name would appear to be, as you have perhaps concluded yourself already, incorrect and bad advice. History is littered with similar claims for Workers Compensation to the one submitted on behalf of Mr Haskett, and in just about every case the compensation has been awarded. If we are mindful of the fact that Mr Haskett’s actions were selfless and motivated purely by the protection of one of his employer’s clients, we have to ask are we really sure we want to create a world where the legal message is “never get involved”?

If the decision against Mr Haskett is upheld beyond appeal, then the message McDonald’s has given all its employers, loud and clear, is that they should not use either common sense or their own judgement on company time. In the short term they may well have saved, or rather offset the cost of dubious advice, money in this claim. In the long term they have opened the door to a world of employees defending anything they don’t do, be it frivolous or serious, behind the phrase “it is not in the course or scope of my employment duties”. Good luck with that.

It beggars belief that McDonald’s turned a golden opportunity to publicly celebrate a fine, dedicated employee into a bad PR nightmare, and all for the sake of an amount of money that they undoubtedly make in less than an hour. McDonald’s seems to be another old fashioned business that does not yet understand the internet, in particular just how fast and how far bad PR spreads across it.

I mentioned footage of the incident in which Mr Haskett was shot defending a lady in the store. I also mentioned that McDonald’s launched an effort to remove all images of it from the internet for “copyright infringement”. This is the kind of thing some people live on the internet for, as any celebrity who has tried to take a “super-injunction” out to prevent news of their indiscretions spreading.

Thanks to the internet, Mr Haskett’s bravery and his employers’ inexplicable reaction to it has been widely seen and read of in every country that McDonald’s operates, as well as those one or two places in the world that they have not yet managed to make a presence. No doubt McDonald’s ran up a large bill dealing with comments, petitions and strongly worded statements as a consequence of this.

McDonald’s might well be taking the pragmatic view that for every six million people who get upset about something on the internet there are usually some sixty million who are not, and they will buy Big Macs anyway. That may well be the case here, but you have to ask why, for such an insignificant amount of money to a business the size of McDonald’s, would you want to be testing the moral standards of society like this. Further cases of this, should any of their employees dare to do something beyond the “course and scope of their employment” going forward, and one may well see those numbers reversed.

After asking one of my colleagues used to be a workers compensation lawyer about the issue, his opinion about the matter is quite clear as if saying there’s no way Mr. Haskett will lose the case. I’ve learned that Nigel’s Haskett’s case is a very solid one which is why he received a settlement that remains a secret until now.

What do you think of the approach here? Are you aware of a similar case, in which someone did something of their own accord and cost for the benefit of their employer, only to be either ignored or treated as badly as Mr Haskett?

Why not share your views and stories here? Remember, keeping quiet about cases like this just lets companies carry on acting this way.

About the Author
Adam Prattler

Adam Prattler is downright “gung ho” with his advocacy towards teaching people about ethical guest blogging. Join him and his community at Postme and help make a difference in the online community.