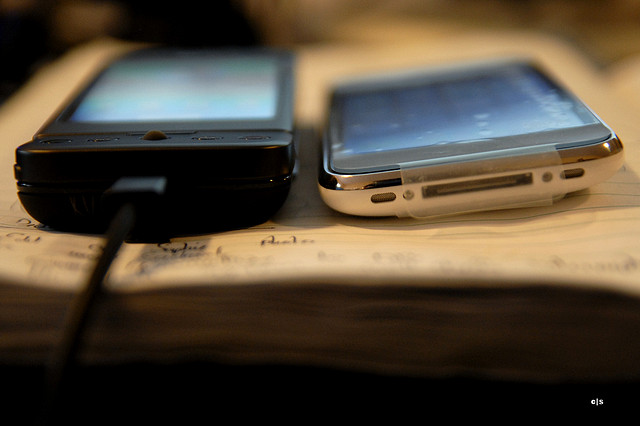 Android is an operating system very open when compared with Apple’s iOS and Windows Phone from Microsoft. Android allows you to run applications downloaded freely from the Internet (released by Google Play Store) but perhaps not everyone knows that you can make it even more “open” through a procedure called rooting.

Running it, you acquire the administrative permissions that allow the execution of applications that normally would not work on Android, like those to adjust the frequency of the processor, perform backup of system files and much more. If you are interested in this issue and would like to find out how to root Android Phones easily, here’s everything you need to know.

If you want to learn how to root Android Phones, the first step you need to do is link to XDA Developers forum and click on SuperOneClickv2.2-ShortFuse.zip located at the bottom of the this paragraph for download to your PC the SuperOneClick, which allows you to run the root on many Android devices (especially that of middle-low) with a simple click. To download the later versions of the software, not to use the forum XDA Developers but Shortfuse website.

After downloading, double-clicking on the file you just downloaded (eg. 49 SuperOneClickv2.2-ShortFuse.zip) and copy the content to any folder. If an antivirus alert telling you that the program is infected, be quiet, it’s just a false positive. Disable the antivirus for a few seconds and proceed with rooting your phone.

At this point, run the program SuperOneClick.exe and connect your smartphone to your computer using the supplied USB cable. If your computer doesn’t recognize the device and asks you to install the drivers, download the software of your phone’s manufacturer (eg. Samsung KIES) and install it on your PC to have the drivers.

Once you have connected your phone to your computer, you must enable USB debugging on Android. To do this, go into the Settings->Applications-> Development of mobile phone  and put the check mark next to the entry for the USB Debugging. Back on the PC and then click the Root on SuperOneClick  to start the process of rooting your device.

Now you have to wait. Even if the application does not respond to commands, don’t worry, its working on a regular basis. At the end of the procedure (which should last approximately five minutes), SuperOneClick will ask you if you want to install the app Busybox (a sort of Swiss army knife for Android required for proper operation of numerous applications that require root) and if you want to run a test for the correct execution of the process of rooting your phone: reply either way Yes.

Mission accomplished! Now your phone is unlocked and able to run all the apps that require root. If you have second thoughts, you can always go back without erasing data or applications from your smartphone. Simply rerun SuperOneClick and click Unroot button. Is it not easy?

The list of mobile phones compatible and incompatible with SuperOneClick lie on the forum that I linked at the beginning of the Guide. If your Terminal(Device) is not compatible with the program you can try Unlock Root, another good software to root on the Android.

NOTE: Remember that rooting process is generally safe but if performed clumsily can cause serious damage on the phone on which it is applied. Moreover, in many cases invalidates the warranty of the phones themselves. So use it carefully!

About the Author
Abhinav

Abinav is the owner of Tech-Storms and a tech blogger interested to write articles on latest technology news, gadgets, apps and also about SEO.