In an urge to leave no single place without monetization on the world’s largest social networking site which accounts for 900 million+ users, Facebook is planning to charge its members $2 to “highlight” important posts so that that are more visible on the social networking site. The feature was spotted by New Zealand publication Stuff (via Neowin). 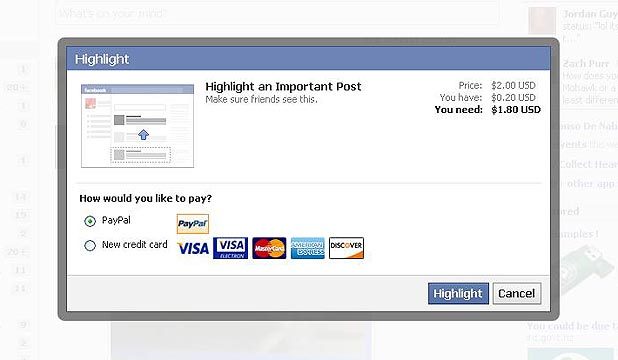 Facebook spokeswoman Mia Garlick confirmed it was a new “feature” it was testing. “We’re constantly testing new features across the site. This particular test is simply to gauge people’s interest in this method of sharing with their friends,” she said. The social giant trailing the feature at different price points, even offering it “free”, she said.