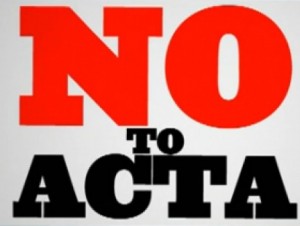 The long-heated controversial Anti-Counterfeiting Trade Agreement (ACTA) met with disapproval as three parliamentary committees voted on their recommendation on 31 May. In order for ACTA to enter into force in the EU, it will have to be approved by the Parliament and the Council as well as ratified by all member states.

Now, Members of the European Parliament (MEPs) are expected to take final decision on ACTA during the 2-5 July plenary, based on a recommendation by the international trade committee. Although this committee is in charge of the dossier, it will be given input by four other committees, namely the ones dedicated to legal affairs, civil liberties, industry and development.

Following the vote on 31 May, the development committee is due to vote on 4 June on a draft opinion in favour of recommending approval. However, three amendments have been tabled calling for ACTA to be rejected. The European Commission is calling for ACTA to be approved. It referred the agreement to the European Court of Justice for a ruling on whether it is compatible with the EU’s fundamental rights and freedoms.