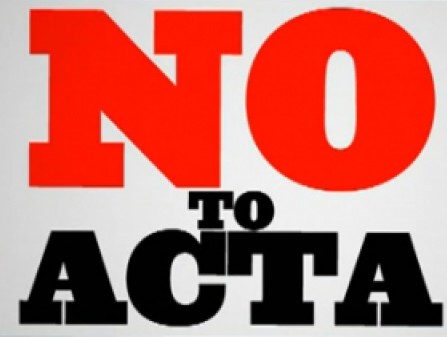 The European Commission has announced Wednesday its plans to refer the controversial Anti-Counterfeiting Trade Agreement (ACTA) treaty to the European Court of Justice in order to examine whether it violates the fundamental rights – counterfeiting, copyright and Internet freedom, of Europeans or not. The ACTA agreement was signed by the European Union and 22 member nations at the end of January in an event in Japan, excluding Germany, which still holds off signing ACTA until EU parliamentary decision will take place. ACTA have been compared to SOPA; with many worried that it will stifle internet freedom in an attempt to stop copyright infringement and in somehow will result in more dangerous than the previous US SOPA bill.

In a statement, EU trade commissioner Karel De Gucht said that bringing ACTA to the court will “allow for Europe’s top court to independently clarify the legality of this agreement.” Adding to this, he also believes that the debate will focus on the agreement facts rather than opposing to “the misinformation or rumour that has dominated social media sites and blogs.” The move will “cut through the fog of uncertainty,” he added.