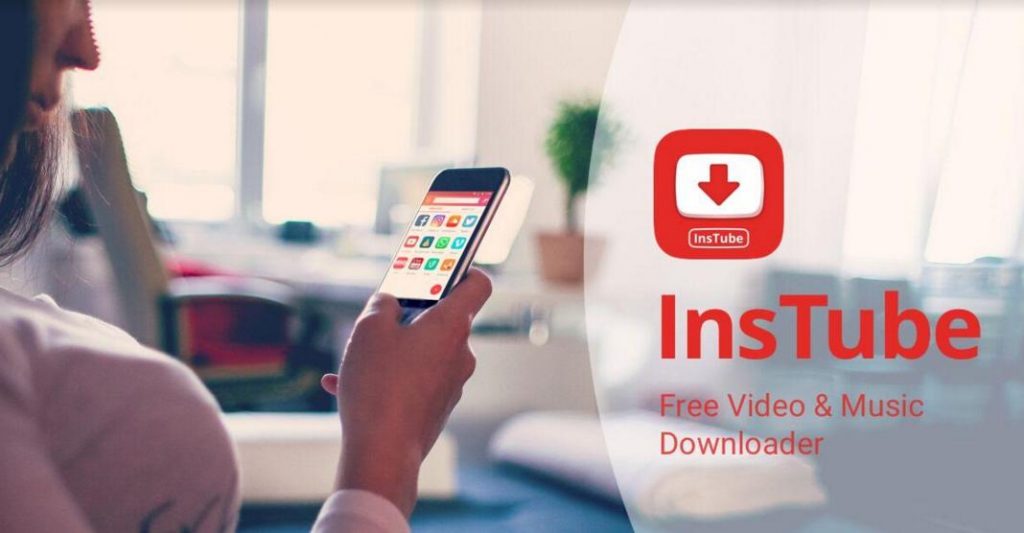 Are you looking for ways to spice up the entertainment on your Android device? You have the games installed but something else is still missing – apps to catch up on live shows, events and concerts.

With busy schedules and other commitments that arise, live streaming apps are the perfect option to stop pop culture indifference. They allow you to watch what you want when you want it, as well as repeat any broadcast you might have missed.

Don’t we get caught in situations where is there is no data connection and hours to kill. Suddenly the smartphone in the hand does not seem smart anymore. But with Instube, you can get all the entertainment you want, where ever you want. You might have seen many YouTube downloaders before, but with Instube, the free video & music downloader, you can download content from popular sites such as SkyMovies, Pagalworld, Metacafe, DailyMotion, Vevo, Vimeo , Funny or Die and many more.

What’s more, even videos shared by your family and friends on social media sites such as Facebook, Twitter, Instagram, or WhatsApp, can be downloaded and kept for later viewing on your phone. Instube also allows you to download music alone to your phone from sites like SoundCloud. So, whether you are a fan of HD video or the rare music, you can pocket all the entertainment you need with Instube on your phone.

This is an app for one of the biggest web-based live streaming platforms. Even without signing up, users can launch the app and start watching live streams or recorded content. Opening the home page displays featured videos along with a list of current, recent, and upcoming live streams.

During a stream, the user can also participate in live chat and share the stream through social media. And while browsing through different streams, marking one as favorite or sharing a channel requires just a few taps. The app is free to download.

This app requires NFL Game Pass subscription, after which you can watch live games on your devices, including Android tablets and smartphones. It’s possible for users to watch regular season and preseason games, as well as Super Bowl and Playoffs. Subscribers also get to NFL RedZone and NFL Network Live.

However, the available of high-definition quality video is subject to the internet connection and sometimes system memory for streaming at higher bitrates. The app was updated last year with many new features such as condensed games: users can watch full NFL football games in approximately 30 minutes. The app is free to download for Android users.

This app allows you to watch live TV in Standard Definition on your mobile device free of cost when a web connection is available. Users can watch their local channels or select from a wide line-up of channels from Asia, Europe, and the US.

With this app, it is possible to watch live News, Movies, Shopping, Kids, Lifestyle and more. For watching the video in high definition and recording favorite series and shows, the user has to pay a small monthly fee. The app itself has a pleasant interface which not only highlights the content of interest but also gives a clear idea of what is up for watching.

How to get the best experience with these apps?

Live streaming apps on both iOS and Android platforms require a good internet connection for seamless streaming. Some internet packages will not only get you high speed internet, but other technologies that improve your entertainment experience. DirecTV + Internet and other similar options allow Android users to bundle internet, phone and television services together, so shows that can’t be streamed live on the above-mentioned mobile apps can be ordered on demand via cable programming.

Bundling a great internet connection with other services is a great strategy for an Android user, as they get all services for entertainment at a great price. Also, when the Android device is out of memory to record any further television shows, the bundle packages from reliable service providers include technologies and apps to do the recording.