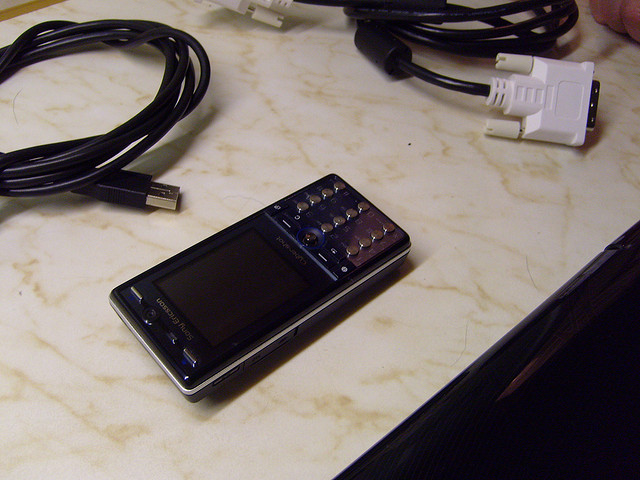 Phone unlocking is a subject plagued by images of dodgy street-corner shops with flashing neon lights. However, over the years and since it was legal to do back in 2001 (and quite rightly) phone unlocking has changed dramatically. You can now order an unlock code online and within 5 minutes you have the exact same code that your network would take up to 30 days to send with best part that all for cheaper as well.

The subject in itself confuses people, partly because they just don’t understand. I’m often asked questions such as, can I use the phone abroad once it’s unlocked or will my network know I’ve unlocked my phone? So let me explain exactly what it is and why those questions could have been answered before they reached me.

Firstly, unlocking a phone is the process of entering a command into a phone, requested that the internal SIM lock be turned from “on” to “off”. This then means that the phone will no longer be restricted to the one network it was programmed to accept SIM cards from and now has no preference to any SIM card at all. All of this is a request on the phones level, it doesn’t use the internet or request anything from a system connected by a mystical phone call – it simply tells the lock on the phone to go away.

1. To use a cheaper network

If a phone is locked to a specific network, you have no option but to use one of their SIM cards in the phone. This means that you have to lump their prices. Unlocking the phone means you can use any network on the market, allowing you to pick and choose based on price.

Have you or someone you know ever been stung by those amazingly high roaming costs when travelling abroad? Well, that doesn’t have to sneak up on you if you have an unlocked phone. Simply grab a local SIM for where you’re going and completely avoiding the “roaming” altogether.

Somewhere buried deep within the agreement between you and your network will be a part describing the costs of using your phone abroad, with details of calling home. Those prices will make your eyes water. It’s much cheaper to use a local SIM whilst travelling to call home, than use one sending a signal multiple ways around the world.

Something I’ve needed to make use of lately. My usual network is Three, however I want to get the benefit of using Orange Wednesday as well, meaning that I need my phone to accept both SIM cards.

Ever looked for a second hand phone on eBay? If you have, you’ve probably looked, seen that the phone is locked to a network you don’t want to use and then ignored it. Imagine being the seller and being able to completely avoid that by unlocking the phone yourself and then listing the item as “unlocked” allowing every buyer the opportunity to bid.

Why stay with a network if there reception sucks? Just switch. Recently voted the second most important aspect of choosing one network over another (behind price) it isn’t something you just have to live it.

Some people just hate the fact that their phone will only work with one network and like the freedom to switch as and when they need to.

Do you have a dual-SIM phone? Well, why not make use of two different networks (gaining benefits from both) in the same phone? People can call two different numbers and they’ll both come through on the same handset without you have to lift a finger!

9. It changes absolutely nothing else about the phone

There are tons of changes people can make to their phone, which will change the way you use it. Unlocking is ridiculously simple and there is no visible change whatsoever to the phone, so you’ll know exactly where everything is even once it’s unlocked.

This is because the manufacturer designed the phone to work with all networks and it is in fact the networks that then make the change to have them locked. As far as the manufacturer is concerned, an unlocked phone is the way they intended it to be in the first place.

There are enough reasons there for anyone to unlock to their phone and you don’t have to be a technical genius to do it either.

About the Author
Darren Kingman

Article by Darren Kingman on behalf of www.mobileunlocked.com . Darren Kingman is Digital Marketing professional and contributor to the Mobile Unlocked website, which falls under the Set Media International collection of companies. Since working for the company Darren has become a phone unlocking Guru, helping thousands of people unlock their phones.