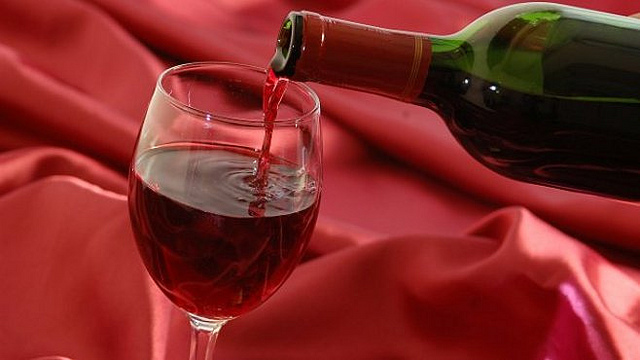 You don’t have to look hard to find good wineries to visit in America. With so many options it can be too easy to choose one of the big name destinations like Napa or Sonoma, or to try something local, which can be risky (though sometimes rewarding!). If you’re looking to try something new, there are a few regions that remain under the radar for winery visits, but that have become some of the best kept secret wine destinations in the country.

Would you be shocked to hear that Northern Michigan is the fourth largest grape producer in the United States? If you drive through the mid-sections of the Leelanau and Old Mission Peninsulas, you’ll quickly see why. The conditions in Northern Michigan—especially along Lake Michigan near the pinky finger of the mitten—are comparable to the climates in Oregon, Washington, and even Northern California, which are all strong producers of grapes and wineries. Some of the top wineries in this Midwestern terroir include Ciccone Vineyards (owned by Madonna’s father) and Black Star Farms, which are quite close to each other.

Also nearby is Chateau Leelanau in Suttons Bay, which is another top destination. You can customize your own wine tour of the Northern Michigan wine country through Grand Traverse Wine Tours. There is also an excellent cider tasting room called Tandem Ciders near Suttons Bay. I recently enjoyed free tastings of all their ciders on tap at a beautiful little barn in the old dune farmland in the middle of the Leelanau Peninsula.

As mentioned before, Oregon has become a top producer of grapes and wineries as well, especially in the Southern part of the state. The Willamette Valley has already made a name for itself, but venture south to Umpqua Valley and the Rogue River Valley for fewer crowds and highly diverse grape varietals. These regions are becoming known for their award-winning Tempranillo, Syrah, Merlot, and Cabernet Sauvignon, despite Oregon’s reputation as a Pinot producer. Check out Oregon’s first winery, HillCrest Vineyard, founded in 1961 in Umpqua Valley. Main Street Adventure Tours is a great wine tour company in Oregon, and they also take you to chocolate tasting rooms and creameries for the perfect pairing!

Known for seafood and cranberries more than grape, Coastal New England has stepped up their game in the wine department, giving us a few more options for washing down those lobster rolls. In fact, New England has been producing wine for centuries, despite difficult growing conditions, but microclimates have been discovered recently that support high quality wine production. From Cape Cod, Rhode Island, and even Connecticut, you can follow a specific nine-winery trail known for whites and sparkling wines because of the cool growing conditions. Truro Vineyards is a great spot to start in Cape Cod. Check out the Coastal Wine Trail website for more info on the other vineyards in the area.

With over 30 wineries to choose from along a trail that runs between San Antonio and Austin, the warm, dry climate of Texas Hill Country has helped to produce grapes since the 1650s. As you might have guessed from that number, Texas is home to one of the oldest wine industries in the country, with some vines planted over 100 years before California’s. Prohibition practically put an end to the industry, but slowly the wineries have popped back and are creating an excellent product. Texas Wine Tours offers a couple options for visiting wine enthusiasts to sample what the Hill Country has to offer. Another fun up-and-coming spot to explore outside of Dallas is the appropriately named town of Grapevine, which has a flourishing artist community, boutique shops, wine tasting rooms, and a knack for appreciating and preserving local history.

The slightly polarizing, but always busy, Thomas Jefferson is the person to thank for Virginia’s current wine enthusiasm. Historically, early Virginia settlers were wildly unsuccessful at producing wine. Even Jefferson never produced a single bottle of wine, despite 30 years of cultivating grapes at Monticello. It was his persistence that was passed on to others in the region, and now white wines like Chardonnay and Vidal Blanc have become very popular regional varietals. Touring Virginia’s wineries is really very unique and inspiring because of the historical locations you witness along the way. Virginia Wine Tours is a great company with several options for tours, as well as an appreciation for combining great winery visits with historical education.

About the Author
Chris Loud

Chris Loud- Writing, traveling, filming, and all together whenever possible." His email is cfloud@gmail.com