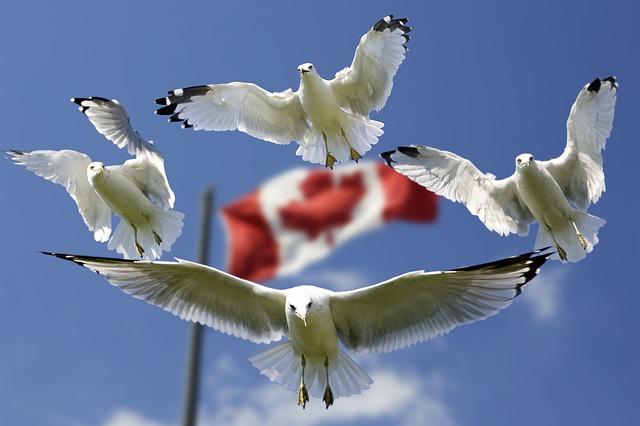 It isn’t called the Great White North for nothing. When the days get shorter and the holiday lights start twinkling, Canada gets downright cold. However, with the lower temps, the Canadian landscape actually becomes profoundly beautiful, especially if you come from a place that doesn’t usually experience a white Christmas. If you are looking for a true winter wonderland for your next holiday getaway, you need look no further than these outstanding Canadian destinations.

With cobblestone streets and gabled roofs covered in a blanket of snow, Montreal in the wintertime is extraordinarily charming. Known throughout the world for its amazing cuisine, Montreal’s eateries definitely don’t close during the wintertime freeze. In fact, though the temperatures drop below zero Fahrenheit in early December and stay there until March, Montreal is actually more active in the cold weather. Here are the best winter festivals that keep everyone in Montreal warm and happy:

Even in the summertime, Newfoundland cannot comfortably be called “warm,” but in the winter, the frigid winds from the North Atlantic regularly blast small Fogo Island with intense storms of snow and ice. In the summer, Fogo Island is a bleak spit of rock, but in the summer, the snow transforms the place into a fanciful wonderland. Moreover, the locals fluidly mix old English and Irish folk customs with especially modern architecture and art to craft a dream-like ambiance.

All of Canada take perverse pride in their harsh winters, but the dwellers of Kenaston, Saskatchewan proclaim themselves the province’s blizzard capital. Kenaston is a small agricultural town during the warm-weather months; it is surrounded on all sides by flat prairies. When the temperatures drop and flurries start to fall, there is nothing stopping a full-fledged snowstorm from covering the town. If you want to experience the intensity of Kenaston’s whiteouts, you can also explore nearby Regina or Saskatoon, which are Saskatchewan’s closest urban centers.

You might be dismayed to see such a touristy destination on this list, but the fact is fewer travelers venture to Niagara Falls after the cold sets in — which is a shame considering the glittering beauty of the falls in winter. Though usually Niagara has a mild winter compared to its surrounding regions, the river and Falls have been known to freeze solid, to breathtaking effect. Additionally, the city organizes dozens of wintertime events, including a lights show and a New Year’s bash, and the regular attractions aren’t nearly as crowded. Just make sure to warm up with a local brew so you don’t freeze as solid as the Falls.

Banff National Park is absurdly beautiful year-round, and every picture of its crown jewel, Lake Louise, is an absolute stunner. During cold weather, the mountains surrounding Lake Louise become a winter sportsman’s paradise: skiers, snowshoers, sledders, curlers, ice climbers, and more flock to the area to enjoy the fresh, powdery snow. Because the spot is a common travel destination, you will have all the luxury amenities you need while you enjoy the pristine view of Canada during the winter.

Usually a large, bustling city, during the winter, Winnipeg usually cools down — until temperatures drop low enough to freeze the Assiniboine and Red Rivers at the heart of downtown. Then, the city unites to enjoy the world’s longest natural skating rink. Across the Red River Mutual Trail’s nearly four miles, native Manitobans enjoy impromptu games of ice hockey, broomball, curling, and other icy sports. Though the temperatures might be chilly, it is heartwarming to see Canadians make the most of their winter wonderland.

Literally the northernmost community in the world, Alert gets cold. While the entire territory of Nunavut is generally agreed to be intolerably freezing, Alert’s average winter temperatures are in the negative-30s Fahrenheit, with record lows of minus-58. Perhaps those numbers shouldn’t be surprising considering Alert is plunged into complete darkness all five months of winter. With the North Pole only a little more than 500 miles away, Alert is regularly visited by military and scientific personnel, who no doubt keep the lights on and the furnace hot year-round.