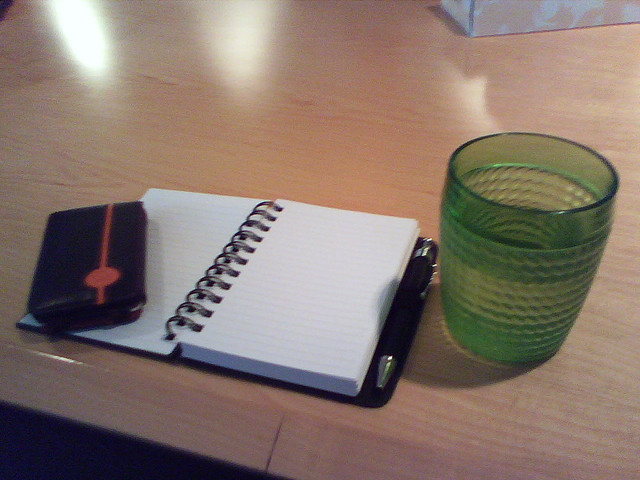 Bad news is never easy to communicate to others, especially to a large group of people simultaneously. When breaking unfortunate news to coworkers, employees, or people you have been tasked with managing, finding the right words to say what needs to be said can be very difficult. Although there is no question as to the difficulty and sensitive nature of this type of undertaking, it is an executive’s job to remain level headed and objective and not let emotions interfere with business decisions. Successful executives know the importance of keeping their emotions separated from their business decisions, subscribing to the belief that business isn’t personal. A high profile executive in the tech industry recently offered a perfect and very public example of how allowing emotions to affect actions in the workplace can have serious, long term consequences – and earn a whole lot of negative publicity along the way. Looking back on the story and the consequences still being realized by the company and its investors, I thought it would be a great example to use in exploring the way allowing emotions to impact business decisions can land an executive and his staff is a world of hurt that is not easily remedied.

Tim Armstrong, CEO of tech giant AOL made waves on the Web when he publicly fired the creative director for AOL owned online property Patch, Abel Lenz. By now we have all likely heard the gist of the story. Lenz was silently snapping photos of Armstrong for the company website while Armstrong was beginning a conference call with over 1,000 employees of Patch, a struggling hyper-local news venture owned by AOL. The call to Patch employees was not a friendly one. Patch had been making AOL investors uneasy about the future of the company, and the stability of their investments, since its launch in 2007 and the turbulent years that have followed.

The all hands conference call was meant to be a discussion about the future of Patch, and the changes that would be taking place in an aggressive Hail Mary attempt to make the company profitable by the end of the year. A day before the now widely publicized call took place, Armstrong had tipped off Wall Street analysts about tentative plans to scale back Patch from its 900  existing websites down to 600. More on Tim Armstrong’s game plan for turning the struggling company around and make it profitable. When they heard the news, Patch employees took the statement as an indicator that many of them, hundreds in fact, would soon be out of work. Not exactly a boost to office moral for the already troubled Patch crew.

Not even five minutes into the call, Armstrong abruptly stopped mid-sentence, and in no uncertain terms, fired Mr. Lenz. “Abel – put that camera down right now. Abel! You’re fired. Out!” A very brief silence followed, then Armstrong immediately picked up right where he had left off without losing his train of thought. This undoubtedly set an uncomfortable tone for the remainder of the call. The story was far from over however. At the top of the conference call, Armstrong made a point to tell everyone participating that he did not care what got out to the press. He said this only about a minute before firing Mr. Lenz, then just moments after firing him, returned to the topic of press leaks, this time taking a much different stance.”We can’t have people that are in the locker room giving the game plan away.” Said Armstrong, citing that as the reason why Abel was fired.

Days after the widely publicized incident, Tim Armstrong broke the glass and hit the big red emergency damage control button, issuing a public apology to AOL employees by way of a four paragraph statement as reported in the New York Times post. In the statement, Armstrong acknowledged (seemingly begrudgingly) that he had made a mistake in the way he handled the issue with Abel. He told AOL employees that his firing of Abel was “…an emotional response at the start of a difficult discussion dealing with many people’s careers and livelihoods…” Clearly wanting to address the issue and make himself look a little less like a heartless villain and more like a human capable of empathy, but not wanting it bad enough to offer a meaningful apology that didn’t include an excuse – and exclude his ego. Armstrong went on to say “…I am the CEO and leader of the organization [AOL/Patch] and I take that responsibility seriously.”

So what did Tim Armstrong’s series of inconsistent actions and statements do for AOL and Patch? For starters, he proved that the CEO of the company is unable to separate his emotions from his business decisions. Since his public firing of Abel Lenz and extraordinary display of contradictory behavior akin to that of a person suffering from schizophrenia, AOL stock prices have seen over a 10% drop and approximately 500 Patch employees are tidying up their resumes in the wake of massive layoff notices. While some of the stock dive may be partially attributable the remarks made by Armstrong to Wall Street analysts during the AOL Q2 earnings call that took place a day prior to the all hands conference call, the majority of the blame for the sharp decline points directly to Armstrong.

When a CEO flip flops on an issue like a struggling political candidate who has been backed into a corner, investors take notice. When an executive publicly labels their hair trigger reactions as justified and necessary, then comes out a few days later apologizing for doing the wrong thing, investors start to worry. When the leader of a multi-billion dollar company publicly admits he made a very public mistake based on his inability to keep his emotions from driving his business decisions, investors start dumping shares and moving their money elsewhere. Although we can’t be certain just how much of the substantial decrease in share prices can be attributed to the unprofessional, reckless, and self-contradictory statements and actions of Tim Armstrong, we can be certain that they definitely didn’t help.

After dropping to a six month low, AOL stock prices finally begun showing signs of slowly picking back up in mid-September, but is still trading roughly 7% lower than it was before Armstrong’s borderline breakdown. With investors still reeling from Mr. Armstrong’s impulsive and emotionally volatile actions and subsequent attempts at damage control, many have likely been scared away from the stock altogether, much to the detriment of AOL. If the goal of Tim Armstrong was to pull off a miracle in the eleventh hour to make Patch profitable by the end of the year, he failed in epic fashion. Had he remained objective and kept his emotions from interfering with his business, he may just have been able to achieve his goal of turning around the fate of Patch, but instead he hurt the chances of the AOL side venture more than he helped. Executives and entrepreneurs can learn from this very public mistake, and keep their personal emotions at home or at their therapist’s office where they belong rather than bringing them into the workplace where they can have devastating and far reaching negative effects.

About the Author
Brandon Honeycutt

Brandon Honeycutt is a writer and community outreach coordinator for The Law Offices of Michael C. Li, a criminal defense law firm in San Diego. Brandon moonlights as a freelance journalist and can be found on Twitter @seoallday.