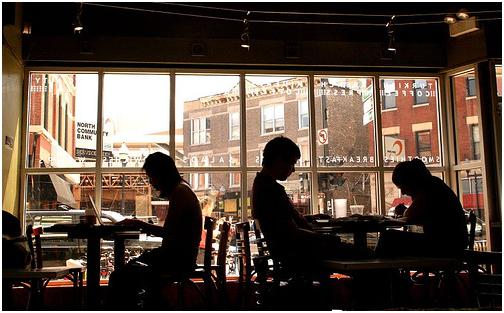 The general rule of thumb is that just as art tends to imitate life, what happens online mirrors what happens offline. In other words, the way we live is taken up and reflected in how we behave online. What is less common is for what we do on the internet to shape what happens in the real world.

Or at least it has been less common until now. Such has been the spread of all things digital that that the technological tide looks like it is starting to flow the other way.

What could turn to be a classic case is taking shape in Japan right now.

For over a century gaming has been heavily regulated in Japan. Apart from certain types of lottery and some sports betting, the Japanese have been denied opportunities that are routinely available elsewhere. For example, casinos are simply not part of the cultural landscape.

However, there are moves to change that. Leading political figures such as current prime minster Shinzo Abe and former Tokyo mayor Shintaro Ishihara have been pushing to make bricks and mortar casinos a legal and legitimate part of the Japanese leisure industry. The argument goes that it will encourage tourism, boost employment and enhance prosperity,following the examples of places like Macau and Singapore. The bottom line for Abe and Ishihara is that Japan is missing out on a heap of potential revenue: The Wall Street Journal recently estimated the level of that economic activity to be somewhere close to $40 billion.

But for reasons that have nothing to do with economics and a great deal to do with some very old fashioned cultural prejudices, Abe, Ishihara and their followers have been struggling to bring Japan into the mainstream.

And Japanese consumers do like to gamble – for example, in 2010 1.7 million Japanese tourists were reported to have visited casinos in neighbouring South Korea. The likelihood is that a good percentage of those travellers would spend their hard earned yen in casinos closer to home at a fraction of the cost if only they were able to do so.

Here’s where the cultural effects of the internet come into play.

Because the internet is the global influence that it is, Japanese punters have increasingly been ditching their expensive trips to South Korea in favour of an online casino. In fact, the market for online casino for Japanese gamers is now so sizeable that it has become part of the argument for legalising casino gaming.

Abe, Ishihara and those keen to legalise casino gaming in Japan can – and do – point to the fact that there is already a market for what they are proposing, because they can see it online. And in the same breath they can claim that what they are lobbying for has a democratic sanction – because people are already voting with their yen.

A prestigious report by accountants PWCin 2010 predicted that online gamblers might evolve into bricks and mortar players. The evidence from Japan suggests precisely that movement. Never mind life imitating art – this is life imitating the internet. And what is happening with Japanese gamblers may just be the tip of the iceberg.