Cambodia is a country that has suffered immensely, and it’s only recently that life seems to have turned a – albeit small – corner for its people. It is a country that is on the up, and has been dubbed the “next Vietnam” in terms of its popularity as a tourist destination for those wanting to head a little off the beaten track and explore Asia.

My advice to you: visit now while this beautiful country is still relatively untarnished by the tourist trade. It really is a hidden gem, with a history that will blow your mind, people that are unfailingly warm and welcoming, and scenery that is simply stunning.

I’ve put together my Top 5 places to visit in Cambodia; make sure they make your itinerary! 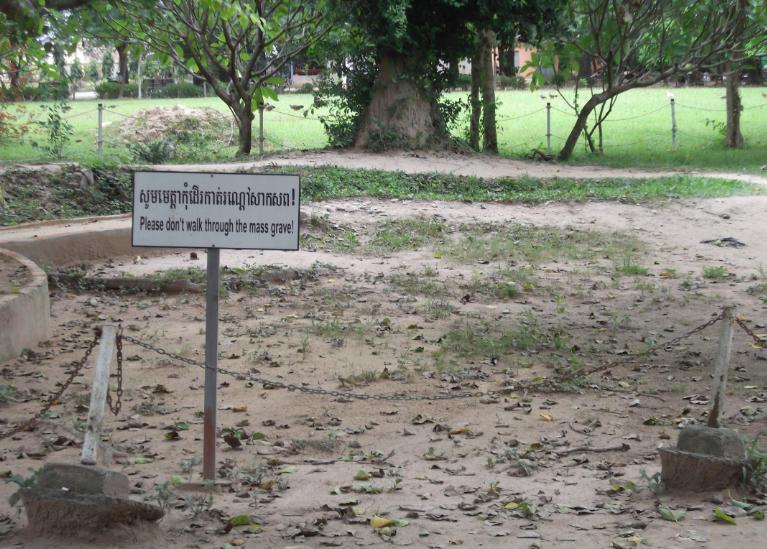 In the 1970s, Pol Pot and the Khmer Rouge took control of Cambodia, and were – ARE – responsible for the deaths of 2 million men, women and children, as well as the hideous torture of countless others. I don’t want to put anyone off going to Cambodia with an account of its bleak and devastating past, but it’s an integral part of the country and vital to anyone who wants a true insight into Cambodia.

The Killing Fields are astounding; there are over 20,000 mass graves, and the remains of at least 1,386,734 victims in them. Likened by some to Hitler in his persecution of ethnic minorities, Pol Pot also targeted professionals and intellectuals in an attempt to wipe out any potential threat to his power. 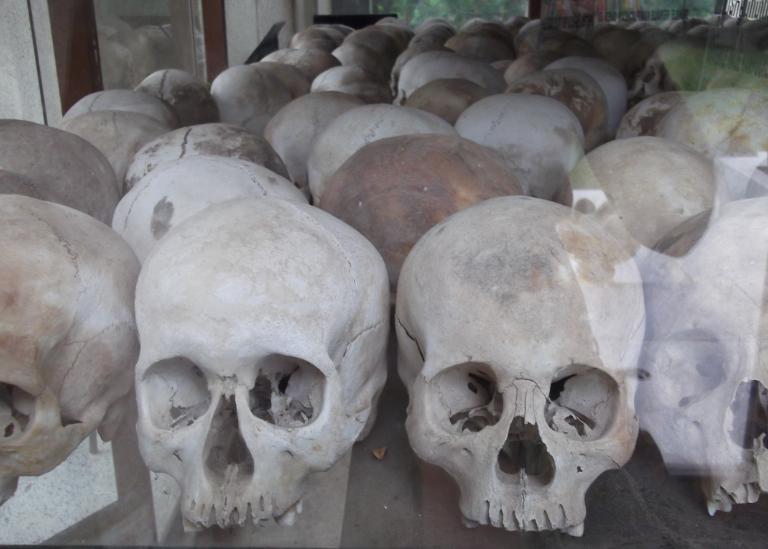 There are many recovered bones displayed on site; a hard-hitting attempt to show the full horror of the genocide of the ‘70s.

One thing that I found most harrowing was the Killing Tree. After families had been transported to the death camps, the Khmer Rouge soldiers would take babies from their mothers and smash them against a large tree. Absolutely unbelievable. 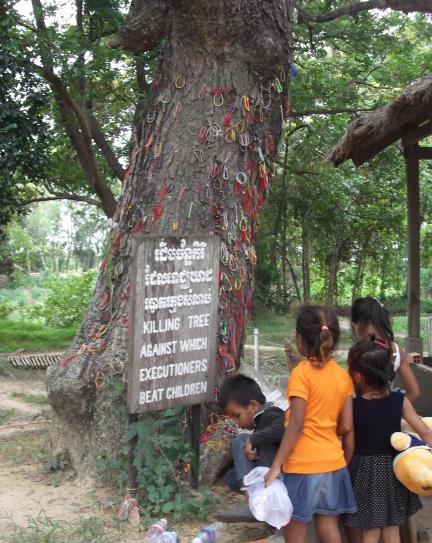 The Bamboo Train in Battambang

I had one of the most fun experiences of my life in Battambang! This is a nice, laid-back town, and there are many places worth visiting during your stay. There are definitely a number of places to visit during your stay here, but the one thing you simply cannot miss is a ride on the bamboo train. 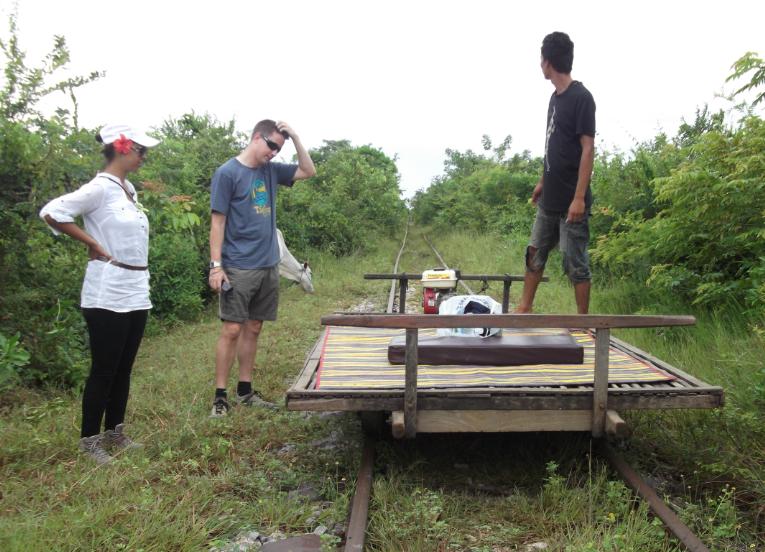 Bamboo trains were used to transport rice and other goods, and can actually hold 10-15 people (albeit squashed as hell)! I went with two of my friends so we weren’t so squashed, and it was so much fun whizzing along in the open air.

One of the best things about the train is meeting another coming along the single-line track in the opposite direction. The two train drivers work together to dissemble one train (passengers off first please!) before then reassembling it further along the track so both trains can then continue their journeys. So great to watch! 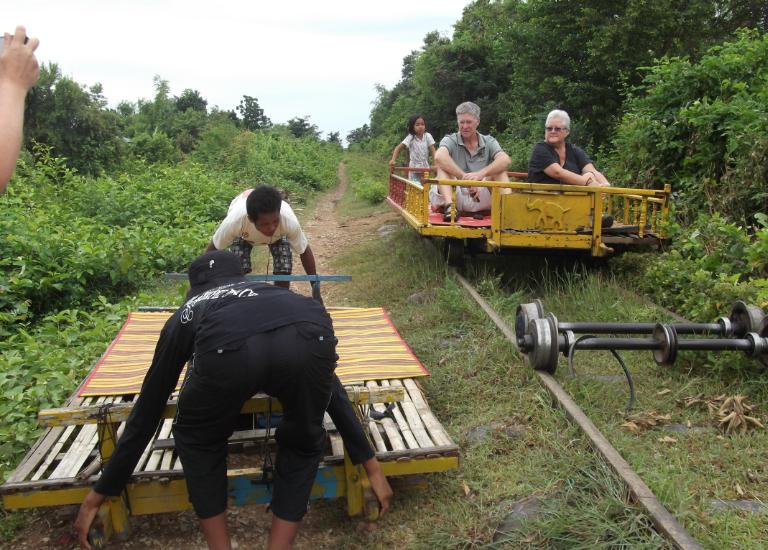 Siem Reap is the site of countless beautiful temples and ruins, and is arguably the most popular attraction in Cambodia – and with good reason. Angkor Wat is the most well-known temple, and floods of tourists gather to see it early morning as the sunrises behind it. It was quite cloudy however during my visit, which was unlucky, but the temple is gorgeous and simply has to be explored.

There are loads of sites to explore, and Angkor Wat, for all its beauty, is just one of many stunning things to see. I truly felt like Lara Croft, Tom Raider walking around the ruins. 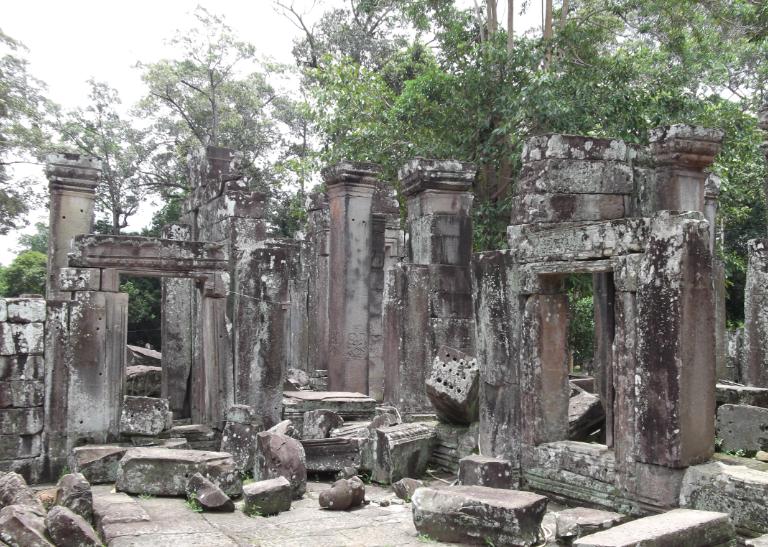 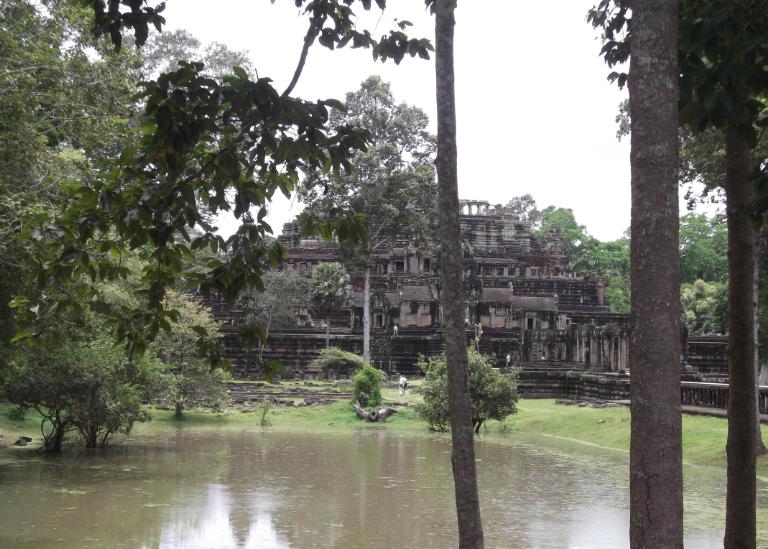 SenMenorom is a village really off the beaten track, and my friends and, although it is a set amidst beautiful hills and scenery) I only really headed there for one reason: elephants. 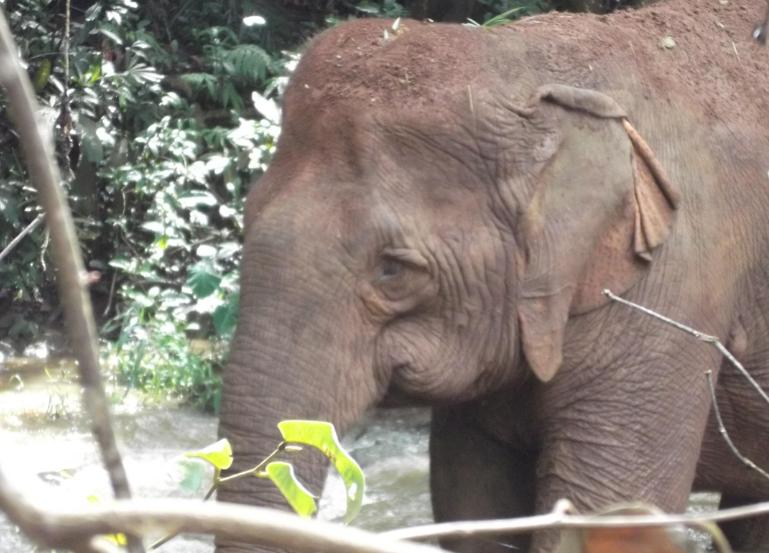 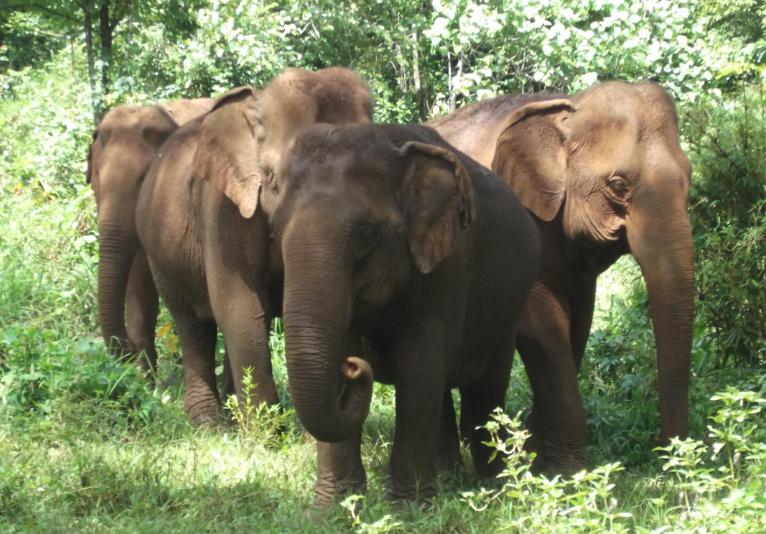 Another horrific action of the Khmer Rouge was to turn a school in Phnom Penh into a prison during their regime of pain and suffering; Security Prison 21. More than 20,000 prisoners were tortured and killed here, and the site has now been turned into a museum. 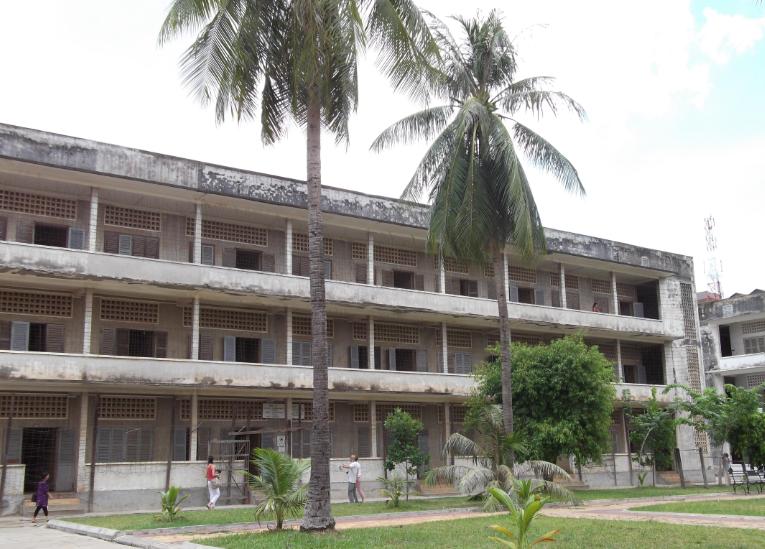 Beware, this place has an eerie sense of foreboding surrounding it, and a visit can be deeply unsettling as you learn more and more about the horrors of the 1970s.

About the Author
Ella Rose

This article was provided by Ella Rose West, author of the Selfish Mum parenting blog – Ella posts about all things travel and home related with a real focus on making mothers happy doing what they want to do.