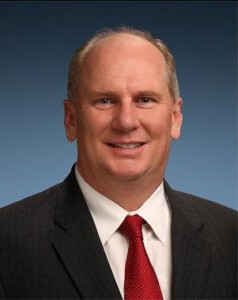 Micron Technology announced the appointment of D. Mark Durcan as Chief Executive Officer (CEO) of the company. The appointments come after the company reported that Steven R. Appleton, longtime Micron Chairman and CEO, passed away in a February 3 airplane accident in Boise.  Durcan will also serve as a Director on Micron’s Board of Directors.

“We are fortunate to be able to appoint someone with Mark’s operations and technical leadership experience to serve as the company’s CEO,” said Mr. Switz. “Mark has been instrumental in Micron’s success in his role as President and COO and has garnered the respect of the company, his team members and the industry at large.”

Durcan said, “We are deeply saddened by Steve’s loss and will miss his hand at the helm. I have provided the Board my ongoing commitment to work with the management team and continue to move the company forward.”

Micron Technology, Inc., is one of the world’s leading providers of advanced semiconductor solutions. Through its worldwide operations, Micron manufactures and markets a full range of DRAM, NAND and NOR flash memory, as well as other innovative memory technologies, packaging solutions and semiconductor systems for use in leading-edge computing, consumer, networking, embedded and mobile products. Durcan, 51, has served as President and Chief Operating Officer of Micron since 2007 and earlier served as Micron’s Chief Technology Officer. He joined the company in 1984