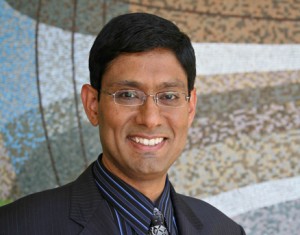 We reported earlier that Hewlett-Packard senior vice president Prith Banerjee is leaving the company effective from April 15, but no one know where in the world he is heading into. According to AllThingsD, Banerjee who has worked with HP for five years as the head of its research and development organization, HP Labs, will join Swiss industrial-tech giant ABB as Chief Technology Officer.

ABB announced the news in a press release:

Zurich, Switzerland, April 5, 2012 – ABB, the leading power and automation technology group, has appointed Prith Banerjee to its Executive Committee in the role of Chief Technology Officer. Banerjee, 51, will start midyear 2012 and will be based in Zurich.

He joins ABB from Hewlett Packard, where he was Senior Vice President of Research and Director of HP Labs. Prior to that, Banerjee was Professor of Electrical Engineering and Computer Science, as well as Dean of the College of Engineering at the University of Illinois, Chicago.

Banerjee has also held senior positions at the University of Illinois at Urbana-Champaign and at Northwestern University. In 2000, he founded AccelChip, Inc., a developer of products and services for electronic design automation that was acquired by Xilinx in 2006. He succeeds Peter Terwiesch, who became head of ABB in Germany and manager of ABB’s Central Europe region in July 2011.

“Prith is a creative and entrepreneurial researcher and executive with a wealth of experience in the business and academic worlds,” said Joe Hogan, ABB’s chief executive officer. “He is well placed to help ABB build on its heritage of technology innovation and leadership.”

ABB (www.abb.com) is a leader in power and automation technologies that enable utility and industry customers to improve their performance while lowering environmental impact. The ABB Group of companies operates in around 100 countries and employs about 135,000 people.