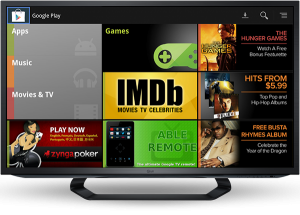 Google today announced that it is bringing Google Play Movies and Music on the set-top box in the UK, Germany and France starting from November 13th, although there are no words on whether the content will be the same as like on Google TV devices. Further, according to a Google+ post, Canada and Australia are the part of next phase of expansion, although the post deleted over for which Google apologized saying it was an error.

Starting November 13th, +Google Play music and movies will now be available on your #GoogleTV in the United Kingdom, Germany and France.

We’re sorry for an earlier post that said we’re launching in more countries on 11/13, but stay tuned as we’re bringing Google Play to more countries all the time.