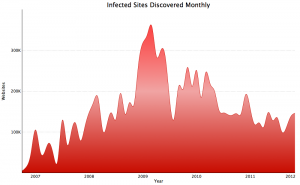 Back in 2007, Google announced malware and phishing protection via Safe Browsing effort. The company moving a step further extending this protection not only to its own search results but also to popular web browser includes its own Chrome, and others, Firefox and Safari. The company pushing its anti-malware technology into new areas, including plans to scan Chrome extensions, or plug-ins found in the Chrome Web Store, for malware. The search giant reveals the numbers behind some of its anti-malware initiatives: